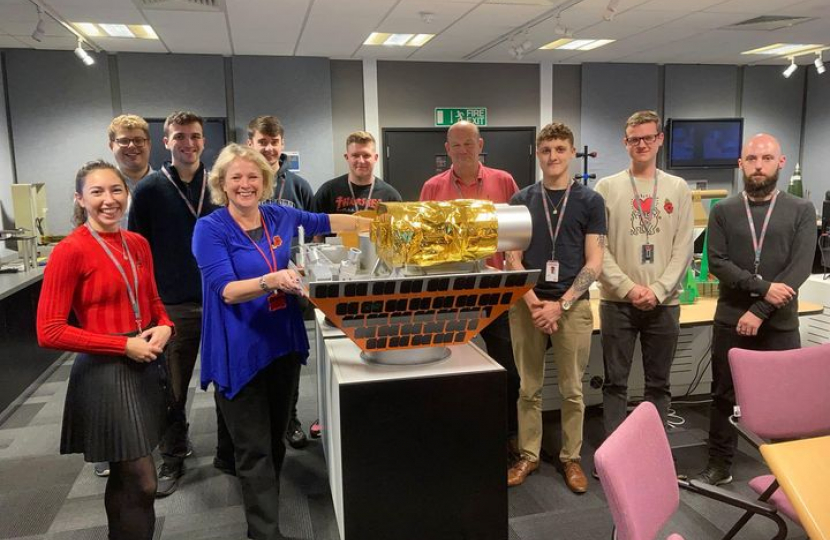 In November, I visited BAE Systems in Great Baddow where I met with some of the scientists and apprentices involved in some incredibly exciting projects in aerospace and defence. This all part of Chelmsford’s Marconi legacy.

BAE Systems have had their technology involved in some of the most important space missions of recent years including their tracking equipment on the Mars Rover, Perseverance, landing on the Martian surface and for the DART mission, which recently saw a rocket deflect an asteroid for the first time.

We discussed upcoming projects including the plans for a new system of micro satellites which will allow data to be processed by the satellites whilst in orbit rather than sending all the data back to earth for processing.

I was with the BAE Systems team at 11 am when we all stopped to observe the two minutes silence. This was very moving as the company has such long standing relationship with our armed forces and the history of the Great Baddow site in developing the radar systems that helped protect the UK from air raids in World War 2.

It is wonderful that such cutting-edge work in developing new technology continues to take place right here in Chelmsford!