City’s MP says Budget is a bonus for Chelmsford 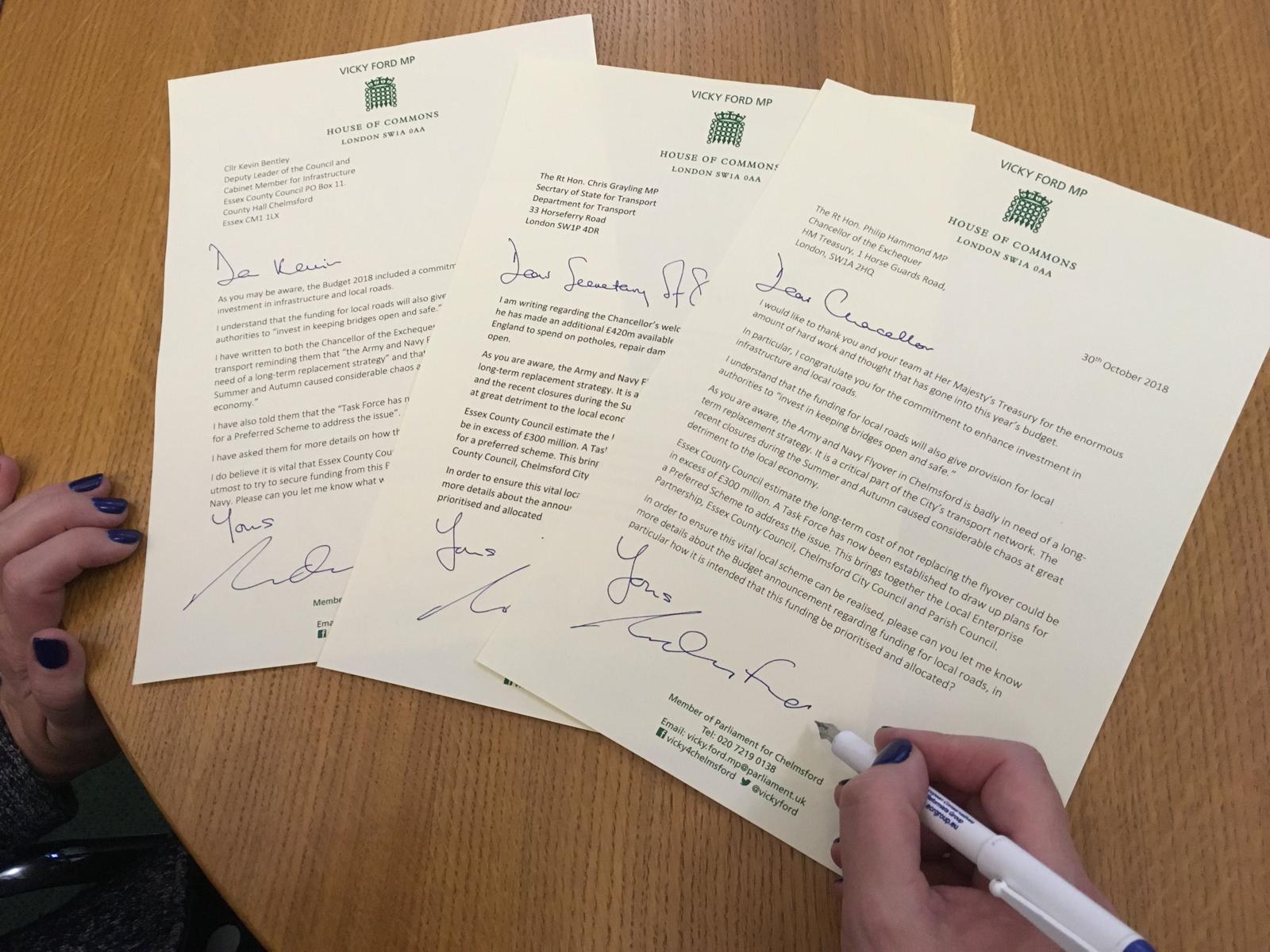 Vicky Ford, has said this week’s Budget brings many benefits for Chelmsford.  Since the Chancellor delivered his speech on Monday she has been going through the fine print of the famous “Red Book” which sets out the details.

Mrs Ford has written to members of the Mid Essex Business Group to thank them for their suggestions for what they’d like to see in the 2018 budget.  These included a cut on business rates for small and medium sized business and a freeze on VAT thresholds for smaller companies.  They had also asked the MP to press the case for a fairer tax regime for large tech-giants.   All these suggestions were taken on board by the Chancellor.

Mrs Ford said “The economy is strong, with record jobs and employment.  This means there is more money for public services.  If we are to continue to keep those jobs growing, then we must listen to the voice of local business.”

The MP has also been quick to identify that the new £420 million allocation for Local Roads is also available for keeping bridges safe and that another £150 has been set aside for roundabouts.  Mrs Ford said, “I would like to see part of this money go towards a long-term solution for the Army and Navy.” She has already asked the Chancellor if it can be used as a “flyover fund” and written to the Secretary of State for Transport to press the case for Chelmsford.

Other major infrastructure projects are the second railway station and Chelmsford’s North East Bypass.  Mrs Ford explained that both these projects are through to the final round of bids from the Housing Infrastructure Fund, she said she was “delighted” that the Fund has been increased by £500 million in the Budget.

On Tuesday, Members of Parliament quizzed the Health Secretary about the extra £20 billion funding for the NHS.   The local MP said that people in Chelmsford were very pleased that the future of Broomfield A&E is secure.   She welcomed the new investment in Mental Health services, which will take pressure off the Accident and Emergency department and the police.