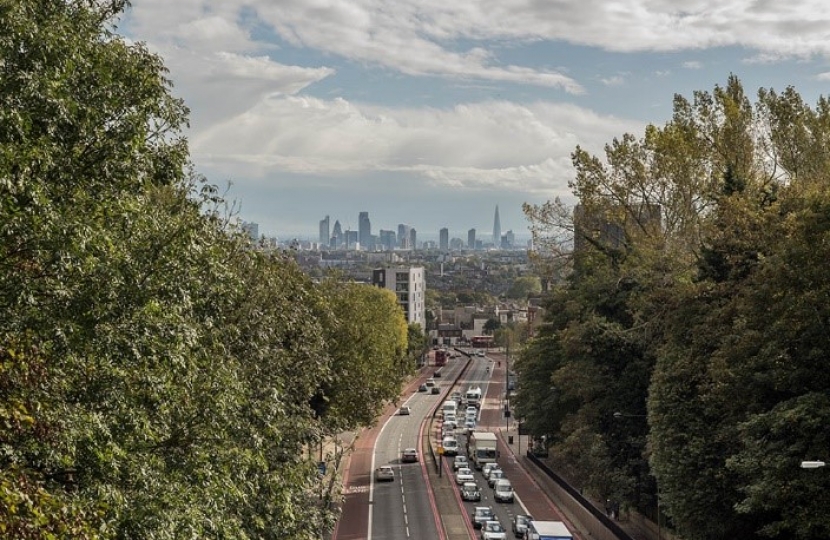 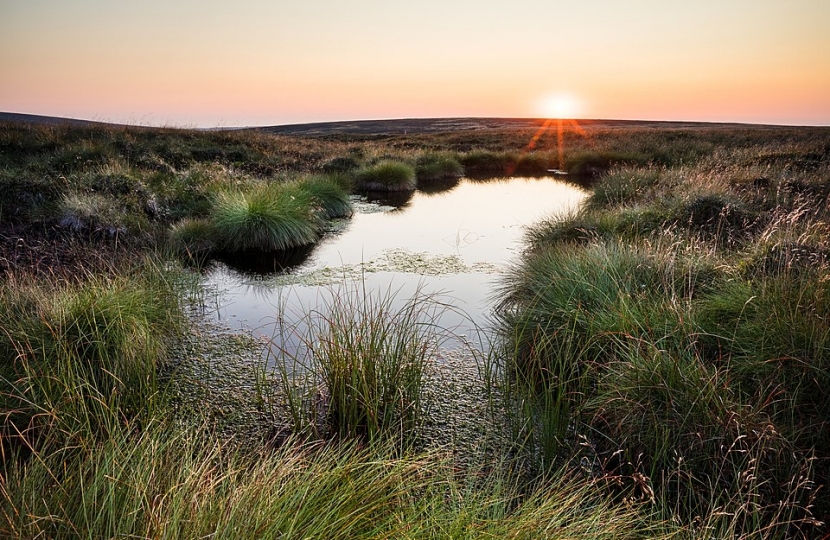 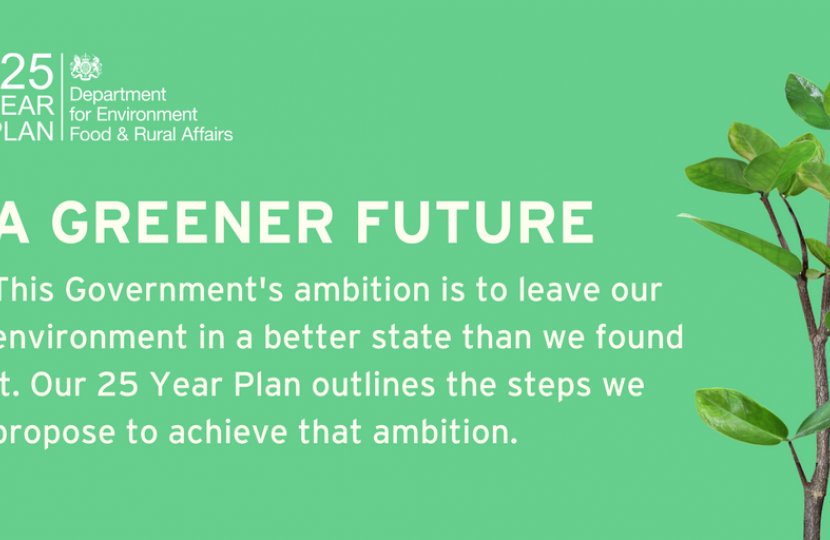 This July, to mark the Climate Conversation - TIme is Now, I held an interesting discussion on the environment and climate change.  It was very helpful to listen to the thoughts and suggestions from constituents bout how we can all do our bit to make Chelmsford as environmentally friendly as possible.

The science is very clear. Climate Change is a real risk to our planet’s future. We cannot continue adding further emissions of greenhouse gases to the atmosphere. I am pleased this is being taken extremely seriously by the Government.

I wanted first to provide an update on what is being done at a national level. In the UK we have already set a world-leading net zero target and supported record levels of investment in renewables, especially offshore wind where we are a world leader. We have decarbonised faster than any other major economy and have already reduced climate emissions by 25% since 2010. The UK is also leading the way in the phase out of coal fired power stations and reducing maritime emissions.  In order to combat Global Warming, I sponsored the Climate Change (Net Zero UK Carbon Account) Bill which passed unanimously in the House of Commons. The Government is now the first major economy to commit legally to 'net zero' carbon emissions by 2050. In Westminster, I also took part in a major inquiry into how best to ensure the UK meets our climate change emissions targets, you can read it here.

In 2010, total greenhouse gases were 600.2 million tonnes carbon dioxide equivalent. In 2019, this had fallen by 28 per cent to 435.2 million tonnes carbon dioxide equivalent. You will see in the 2020 Progress Report to Parliament produced by the Committee on Climate Change, ‘Exhibits-PR20’, that, in recent years, the UK’s emissions have been consistently dropping, and we have met our first two carbon budgets.  The Government’s latest emissions projections show that we are on track to meet the third. However, the Governments recognises the need for further action to meet the fourth and fifth carbon budgets.

To achieve Net Zero by 2050, the Government has committed to massively expand the UK’s electric vehicles manufacturing base, support new clean technologies and introduce world-leading energy efficiency standards in all new homes.  The Government will end all unabated coal generation for electricity in the UK by 2024 and invest £800 million to help create Carbon Capture and Storage facilities – the first by the mid-2020s – supporting thousands of jobs. There are over 460,000 people working in low carbon industries across the country already, and the Government will create two million low carbon jobs by 2030. The Government will also invest half a billion pounds to support our energy-intensive industries to go low carbon.  In addition, with the Government’s support, £92 billion has been invested by businesses in clean energy since 2010 and renewables generated a record 36.9 per cent of the UK’s electricity in 2019, up from 6.1 per cent in 2010. The Government will continue to expand our world-leading offshore wind sector with the new Offshore Wind Sector Deal

The Government has published its 25 Year Enviroment Plan  which is being enshrined in the Environment Bill.

This landmark Bill Landmark Environment Bill  was published as part of the Queen’s Speech. It is a central part in the government delivering a step-change in environmental protection and recovery. It will also support the legislation to reach net-zero carbon emissions by 2050 by minimising our waste, cleaning our air and water, and restoring habitats to allow plants and wildlife to thrive. The Bill has been warmly welcomed by Environmental campaigners.

The Bill will establish a new system of green governance and accountability, creating a world-leading environmental watchdog in the Office of Environmental Protection (OEP), and enshrining Environmental Principles in law, which will embed environmental values at the heart of government policy making. To ensure the UK continues to drive forward ambitious action to tackle climate change, climate change, legislation will be brought within the enforcement remit of the OEP. The Bill will also implement a new statutory cycle of target setting, monitoring, planning and reporting to help deliver significant, long-term environmental improvement. This will include Environmental Improvement Plans (EIPs), the first being the 25 year Environment Plan.

The Bill will drive a major shift in minimising waste, and moving towards a more circular economic model. It will introduce measures based on the ‘polluter pays’ principle, create a simplified approach to recycling, and tackle waste crime. Producers will be responsible for the full net costs of managing their products at end of life, encouraging them to design their products with re-use and recycling in mind. This will result in more durable, repairable and recyclable products. To tackle plastic pollution, the Environment Bill will enable the creation of new charges for other single-use plastic items, similar to the carrier bag charge, which will incentivise a shift towards the use of more reusable items. The Government is also taking powers to establish deposit return schemes which will further incentivise consumers to reduce litter and recycle more.

The Bill will enable greater local action on air pollution, better enabling us to tackle emissions from burning coal and wood; and bringing forward powers for government to mandate recalls of vehicles and

machinery when they do not meet relevant legal emission standards. The Environment Bill makes a clear commitment to set a legally binding target for the pollutant with the most significant impact on human health, fine particulate matter.

The Bill will introduce additional requirements for water companies planning for future water supply and wastewater and drainage networks, enabling more resilient solutions to drought and flooding. In a changing climate, these measures will ensure the water regulator has the powers it needs to respond to changing priorities. The Bill enhances flood and coastal erosion risk management, allowing for the expansion of existing internal drainage boards or the creation of new ones where there is local appetite to do so. The Government is also reforming elements of abstraction licensing to link it more tightly to our goal of restoring water bodies to as close to natural state as possible and reducing substances which are potentially harmful to surface waters and groundwater. The Environment Bill will also make it possible to keep the legislation up to date on chemicals.

The Environment Bill supports and enables action to create or restore wildlife rich habitats to enable wildlife to recover and thrive. It will ensure that new developments enhance biodiversity and help deliver thriving natural spaces for communities. This will also support certainty in the planning system and therefore the delivery of new housing, while retaining and providing habitats that can enhance biodiversity.

Alongside the Bill, the Government response will publish the consultation on protecting and enhancing England’s trees and woodland, covering measures to increase the transparency and accountability in the process of felling street trees.

As an MP, I have taken particular interest in the damaging impact of plastic waste, particularly on developing countries and the marine environment. I am delighted that the Environment Bill contains a range of ambitious measures which should help to drastically reduce our plastic waste.

The Environment Bill will enable our country to make big steps towards delivering the goal that this will be the first generation to leave the natural environment in a better state than we found it. It is a tremendous opportunity and I hope that you will agree that we should grasp it with both hands.

As we work to recover from the pandemic it is important that this is a Green Recovery which continues to focus on the need to reduce damaging emissions and save energy.  The Chancellor recently announced a new  Green Homes Grant  to upgrade the energy efficiency of homes across England. The Government will provide £2 billion to allow people to apply for a voucher, to fund at least two-thirds of the cost of upgrading the energy performance of their homes, up to a maximum of £5,000. Low-income households will be eligible for up to 100% of Government funding, up to £10,000. This measure will reduce energy bills, while helping to meet the Government’s goal of Net Zero by 2025. The Government will also provide £1 billion to improve the energy efficiency of public sector buildings. This scheme will offer grants to public sector bodies including schools and hospitals to fund both energy-efficiency and low-carbon heat measures.

I was delighted by the Prime Minister’s recent announcement of a £350 million boost to cut emission. This funding will be used to help businesses to decarbonise across the heavy industry, construction, space and transport sectors. This will help to drive innovation and growth that could help support the creation of new green-collar jobs. The Prime Minister also launched the Jet Zero Council, bringing together key figures from aviation, aerospace, the environmental sector and government to tackle aviation emissions and help develop the first ever zero emission transatlantic flight. These plans will reduce emissions and fuel a strong clean economic recovery that cements the UK’s status as a world leader in green innovation and carbon reduction.

In November 2021, the UK, in conjunction with Italy, will host COP26 in Glasgow.  The climate talks will be the biggest international summit the UK has ever hosted; bringing together over 30,000 delegates including heads of state, climate experts and campaigners to agree coordinated action to tackle climate change.

At a local level, I have been in contact with a number of organisations across Chelmsford to follow up on the suggestions and ideas proposed in our previous meeting.

I have written to Essex Police regarding improving awareness of “Bike Registration” on social media. I know that Essex Police have done this in the past, to encourage those with concerns about bike theft to use their bikes more frequently: Essex Police How Safe is Your Bike

I have also written and spoken to Cllr Kevin Bentley, Cabinet Member for Infrastructure at Essex County Council, regarding improving awareness of current and future cycle routes in Chelmsford to encourage people who are not confident in cycling on main roads to use specific cycle routes. I have also written to Cllr Bentley to request that he looks into the possibility of implementing 20mph zones on key routes across Chelmsford, especially where there are no cycle lanes in place. I know this has already been happening across parts of London. I have also raised the idea of implementing more 20mph zones with Essex Police.

I know that a number of people have suggested increased bike storage in Chelmsford City Centre. I have written to the One Chelmsford Business Improvement District (BID) regarding increasing the availability of bike storage and bike racks across Chelmsford. I know they are keen to develop and implement a greener transport strategy for Chelmsford.  I have also raised this with Essex County Council whom I know are liaising with the City Council.

Finally, tree planting does play an important part of our strategy to reduce carbon.  I was saddened to hear the story that the 2,600 trees planted by Chelmsford City Council in South Woodham Ferrers last year had not been watered in the hot weather earlier this year and that many have not survived.  I hope this will not happen again.

I hope you will agree that the Government is demonstrating a genuine commitment to leaving the Environment in a better state than we found it. I understand this message which is so important for future generations and MPs are working tirelessly to highlight Britain’s leading role in tackling Climate Change.

Climate Change has no boundaries and it is important that it is tackled worldwide. I shall continue to work on this agenda and please continue to share your thoughts and ideas with me.

Monday 21st September  Cases of Covid are on the rise, and new measures are expected to be brought in to try to stem the virus. My thoughts as I travel to Westminster are about the balance between protecting lives, livelihoods and liberty.