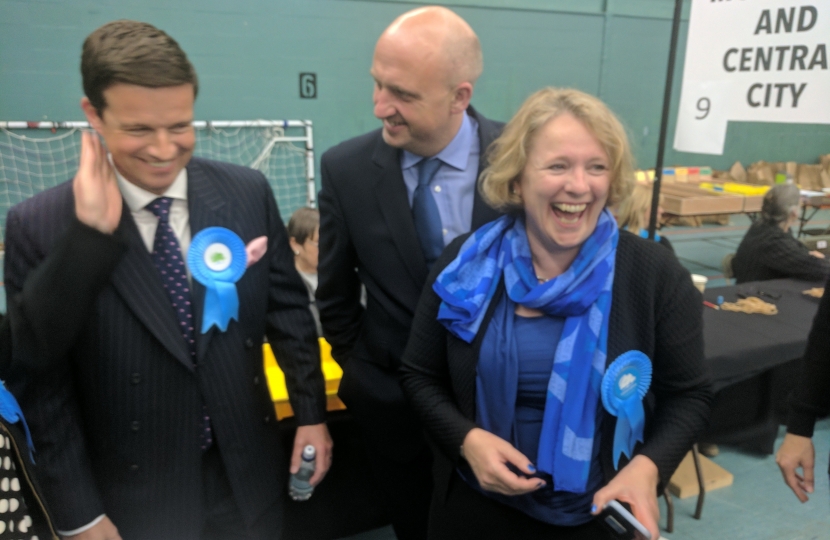 The Conservatives comfortably retained all six of their seats in the Chelmsford divisions at the county council elections on 4th of May.  Many congratulations to the successful candidates John Aldridge, John Spence, Dick Madden, Jenny Chandler, Robert Massey and Ian Grundy, as well as to Gilbert Smith who won a City Council by-election in the Moulsham and Central ward.  Commiserations to our three other candidates Mike Holoway, Graham Seeley and Jean Murray who despite enormous hard work just failed to unseat their opponents.  Overall the Conservatives were returned to control of the County Council with a convincing majority.  The Conservatives hold 56 seats on the County Council compare to the Lib Dems 7 and Labour 6

Results for the Chelmsford Divisions can be found here

The full results for the County Council can be found here