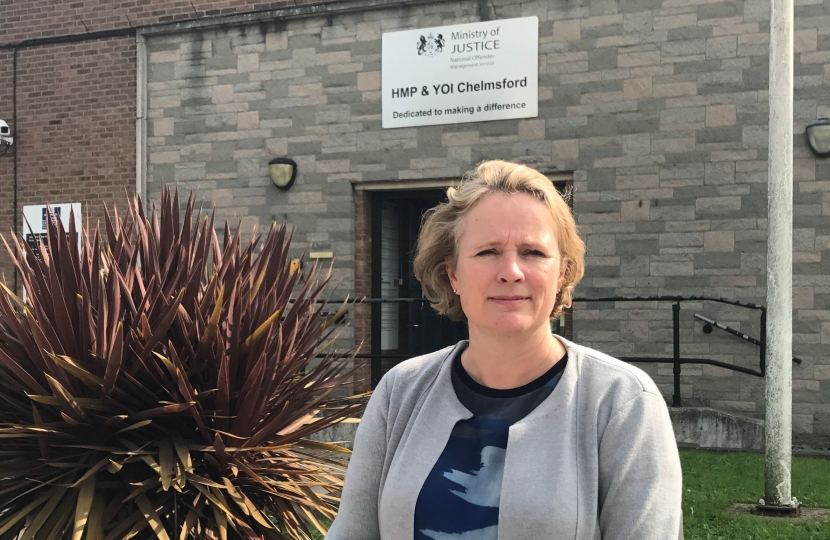 Chelmsford Prison's Annual Report by the Independent Monitoring Board has been released today. The report states that the board’s major concerns for much of the year were inadequate staffing levels.

"This report covers the period up to 31st august 2017 and raises important points.

Mrs Ford has visited the prison in August and September and is due back for a further visit next week she said, “the Prison staff have introduced a number of new measures to combat issues of drug taking and substance abuse. This includes infrastructure improvements, netting to prevent drugs being thrown over the prison walls, increased CCTV and new mobile phone detectors. Two tactical support dogs are being trained and will soon join the prison staff.”

The report identified that there is a significant number of prisoners with mental health concerns and high levels of non-attendance at healthcare appointments. This year, more patients have been transferred to specialist mental health care than ever before. The prison is soon to introduce a new digital booking system which will improve access to healthcare appointments for prisoners.