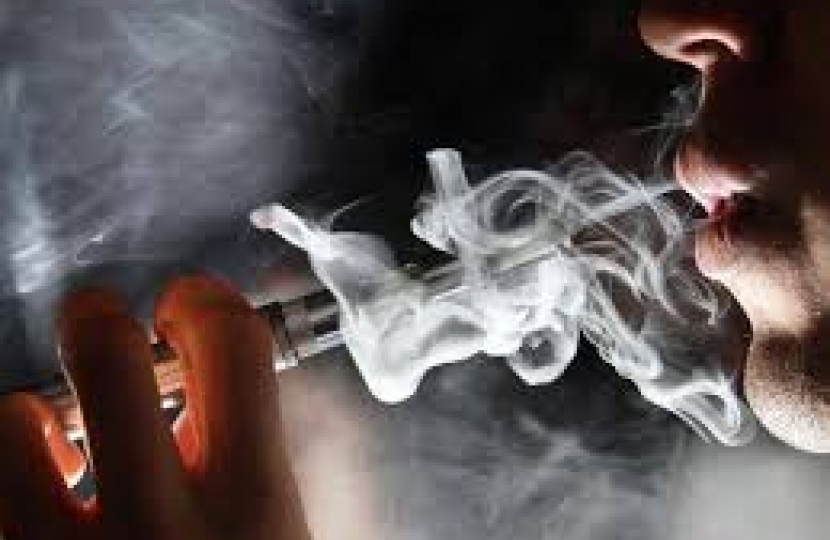 Monday  Year in Westminster starts with a bang - reshuffle day and debate on new Customs and Trade bill. As a new MP I’m not expecting any promotion but good to talk on the customs debate, even if it was at 10pm! Lots of devil in the detail when it comes to trade - it’s so important.

Day starts with Science and Technology Select Committee hearing evidence on e-cigarettes. Millions of people have used them to quit smoking which is good, but I am a concerned that they could be a route into smoking for younger people.

Listen to new Justice Minister taking questions on parole decision of Worboys, the taxi driving mass rapist. So important we prevent these crimes and protect victims. Many lessons to be learnt but pleased to hear Minister is investigating.

In Downing Street (Number 11) for the new year get together of the Treasury team, and am given a prize for being one of the most involved MPs!

Lovely start to the day joining Christians from across Chelmsford for a prayer breakfast at Hylands House, then on to Westminster to meet the new French Ambassador, PMQs and long debate on NHS. Our Mid Essex hospitals are doing a massive 9,000 more operations than 7 years ago - that’s a huge increase.

Delighted to vote on new regulations to make sure students from all backgrounds, especially disadvantaged backgrounds, have access to University and that students’ views are taken into account when setting access and participation plans! A good start for the new Universities Minister.

Busy day in Chelmsford starting with a constituency Surgery, then off of Anglia Ruskin Uni where the students’ union have done some very impressive research on mental health issues, lots of good ideas and suggestions for improvements.

Very helpful to catch up with the City Council on long term plans for infrastructure and growth, as well as policing and environment issues.

Week ends with a cuppa and a catch up with KidsInspire - the charity that is helping vulnerable children across Essex.