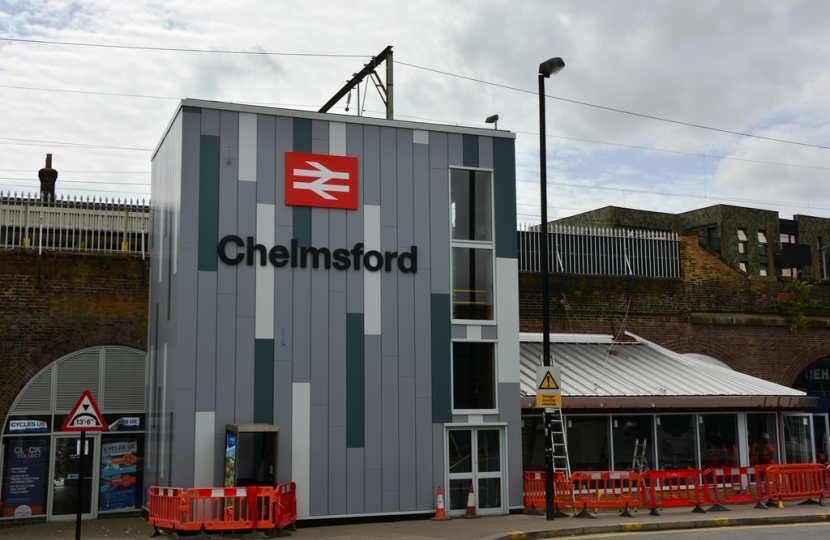 Monday  Early start at BBC Essex in New London Road. We discuss the NHS which is now doing 9,000 more operations every year in our area and Carillion. Rush down to Westminster were the minister gives more information about Carillion, I am pleased to hear that they are prioritising keeping services running as the company manages the maintenance contract at Chelmsford Prison.

Late night debating the “Space Bill” which will allow small satellites to be launched in UK. This is which is important for companies like Teledyne e2v. Satellite Communications is one of the fastest growing sectors, key for well paid jobs. I’m shocked that not a single backbench Labour MP turned up for the three hour debate.

Science Committee day and fascinating meeting with experts learning how new computer programs help doctors to improved diagnosis of patients in the NHS. Packed meeting on Nursery schools with teachers from all across the UK, we have two great Nursery schools in Chelmsford and it is a pleasure to support them. Last meeting of a busy day is with other women MPs discussing plans for celebrating 100 years of women getting the vote, such a precious opportunity to encourage women in many walks of life.

Honoured to be asked to be on Space Bill committee - this will be quite a bit of extra work but its important to support this key industry.

Agreed to talk on Sky TV about a second referendum. I am concerned that this would be a mistake. Unless there are real changes proposed for a different UK-EU relationship, it could result in an even more acrimonious situation.

Pleased to support my colleague Eddie Hughes who is campaigning for Carbon Monoxide sensors to go in new homes. This is a silent killer and I think Eddie’s idea makes sense.

We vote for many hours on the EU Withdrawal Bill which had numerous amendments. Finally it passes, now it goes to the House of Lords for more potential amendments.

Have been picked to ask a question of the Transport minister about train commuters so I head to London again - but the trains are delayed! I run into the chamber a bit late but just in time. The minister answers that delay repay compensation has doubled from 2015/16 to 2016/17 for Grater Anglia passengers. A good start but we do need to reduce the delays.

Enjoyed meeting with parents of children with the rare disease PKU. This affects a young girl in Chelmsford and I hope to get her help.

Sad day attending the funeral of a friend’s son, but inspired by the show of love and support from so many people. A reminder of how precious life is and to treasure it.