The charity Ovarian Cancer Action handed out 33,000 white roses with symptoms cards attached on World Ovarian Cancer Day to raise awareness of ovarian cancer and its symptoms, a disease that kills a woman in the UK every two hours. Hundreds of MPs from all parties, including Vicky Ford MP wore a rose at Prime Minister’s Questions to raise awareness of the disease, including the Prime Minister Theresa May. The UK currently has some of the worst ovarian cancer survival rates in Europe. 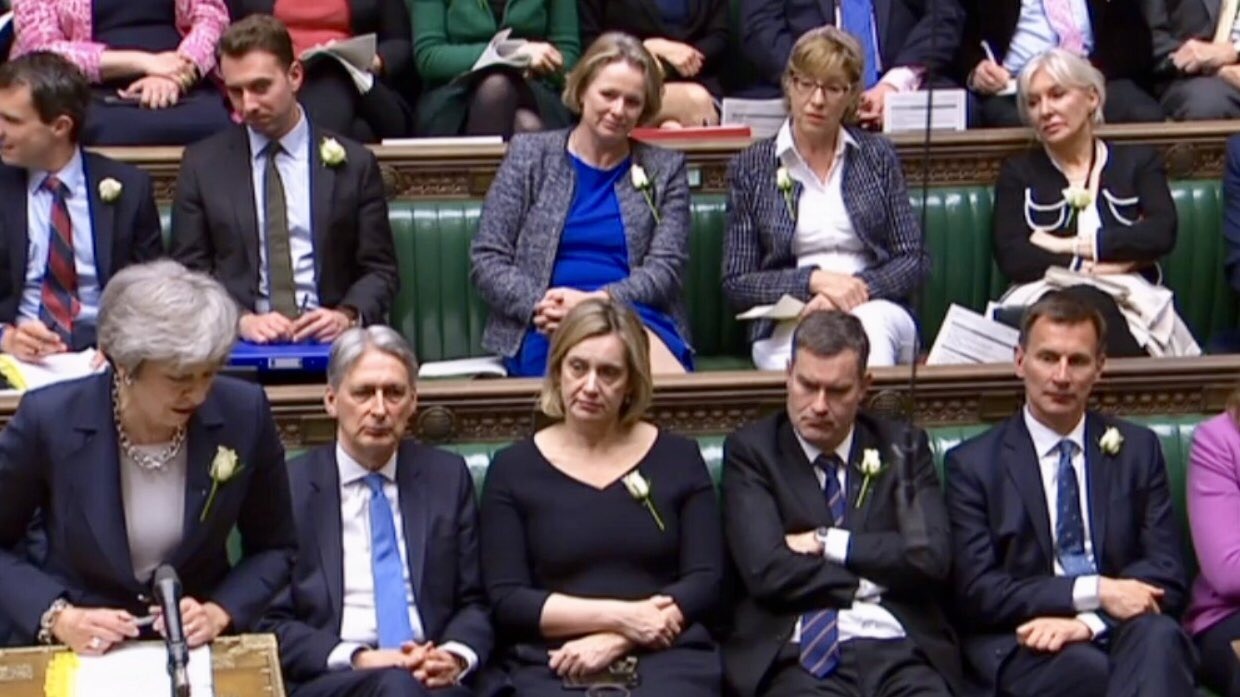 Ovarian Cancer Action rallied an army of volunteers to hand out the 33,000 white roses with symptoms cards attached in cities throughout the UK, representing the number of British women currently living with the disease. Volunteers hope to raise symptom awareness and share a message of hope – an early diagnosis could be lifesaving.2

82% of women are unable to name the four main symptoms of ovarian cancer: persistent stomach pain, persistent bloating, needing to wee more frequently and finding it difficult to eat. Other symptoms include fatigue, unexplained weight loss and a change in bowel habits.

Ovarian Cancer Action is concerned women are disregarding symptoms that could be a sign of a disease that kills one woman every two hours in the UK. A staggering 70% of women said they would hope general health symptoms such as bloating or fatigue would go away so they did not have to ask for time off work to see a GP, reveals new research commissioned by charity Ovarian Cancer Action. Unsurprisingly, nearly two thirds (65%) of women would prioritise their children, partner and parent’s health before their own. Ovarian Cancer Action want to encourage women to trust their instincts and not ignore warning signs.

Ovarian cancer is widely perceived as an older woman’s disease but it can affect a woman at any age. 27% of women wrongly believe cervical screening detects ovarian cancer – it doesn’t. There is currently no screening tool for the disease, so early diagnosis is vital.

Vicky Ford MP said ‘The UK has some of the worst ovarian cancer survival rates in Europe. That’s why it’s so important to raise awareness of the disease and its symptoms on World Ovarian Cancer Day. It’s brilliant to see the Prime Minister, Leader of the Opposition and hundreds of MPs wearing the white roses to raise awareness to ensure women are diagnosed as early as possible. If any of my constituents are experiencing any of the symptoms, I’m encouraging them to listen to their bodies and make the time to go straight to their GP.”

Cary Wakefield, Chief Executive of Ovarian Cancer Action, said: “The UK has one of the worst ovarian cancer survival rates in Europe. To improve survival rates we need more research and better symptom awareness, which is why we handed out 33,000 white roses this World Ovarian Cancer Day. It’s easy to ignore symptoms such as bloating and abdominal pain if you don’t know they are symptoms of a potentially deadly disease. Listen to your body and head straight to your GP if something isn’t right.”

Anna Szalay was a second-year law student balancing lectures with a part-time job when she began experiencing symptoms such as back pain, bloating and fatigue. Having previously prioritised coursework over booking a GP appointment, her symptoms increased. Anna saw a number of healthcare professionals before being diagnosed with stage 3 ovarian cancer at just 19 years old. Anna, said: “it took me so long to get diagnosed because I didn't know the symptoms and neither did a lot of healthcare professionals – it only takes a minute to learn the symptoms but they can save someone’s life.”

We still find ourselves in very unusual and challenging times.