Vicky Ford fights to get Chelmsford’s commuters back on track 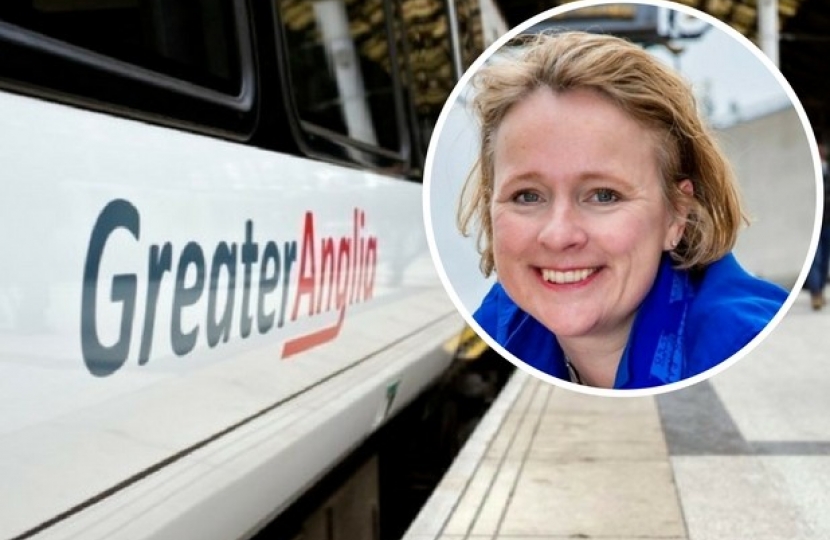 Official figures obtained by Chelmsford’s MP, Vicky Ford, have today revealed that over two thirds (65%) of recent delays on Chelmsford trains are caused by issues which fall under National Rail’s remit, including signalling issues, infrastructure faults and engineering works.

The average annual punctuality for Chelmsford is 89%, which is above the national average, however Greater Anglia have admitted that over 23% of the delays are caused by factors which fall under their remit, including ill passengers, public disorder and train staffing issues.

Vicky Ford is to meet with Greater Anglia on Friday 1st September to discuss the issues facing the many commuters in Chelmsford. Mrs Ford requested the meeting in her first month since being elected, reaffirming her commitment to “look after Chelmsford’s Commuters”.

Mrs Ford will be raising issues including the delays, price increases, the arrival of new trains and the construction of the new Beaulieu Park Station.

She has requested for any Chelmsford residents with concerns they’d like her to raise to submit them via email to  Vicky.Ford.MP@parliament.uk before Friday 1st September.

Mrs Ford commented “Chelmsford commuters have suffered far too many delays on the trains, and I’ve been sure to raise this issue with Greater Anglia at every opportunity I could. I first raised them in the Great Eastern Mainline Taskforce meeting, and I’ve regularly written to Greater Anglia since then to request more information about these delays, which is what we’ve seen being released today. I am pleased they have released these figures, but it shows that we still have a lot of work to do to get Chelmsford commuters the service they not only deserve, but the service they are paying for.”