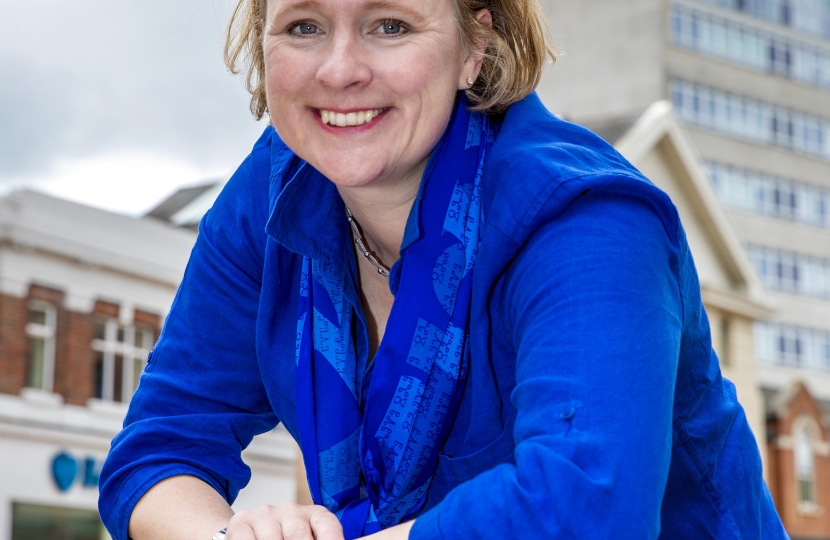 "I am delighted by the choice of Vicky Ford. She will be an excellent successor to me and a fantastic candidate, who I know will work as hard as I did to look after the people of Chelmsford and be part of our local community." Sir Simon Burns

The members of Chelmsford Conservative Association have today selected Vicky Ford to be the candidate for the Conservatives in Chelmsford at the forthcoming General Election.

Vicky has represented the people of Chelmsford in the European Parliament for the past eight years. She has already helped to bring investment to the city and has led many negotiations fighting for the United Kingdom in Europe.

Before coming in to politics she had a successful career with a leading investment bank.  She worked  for over a decade raising money to fund infrastructure across the UK and Europe. Vicky comes from a medical family - her parents were both doctors and her husband Hugo is a cancer specialist. They have three student-aged children. Vicky grew up in Northern Ireland and studied mathematics and economics at Cambridge University.

Vicky said, “It is a huge honour to be chosen to stand as the Conservative candidate in Chelmsford. This is a brilliant city with outstanding homes, schools, shops and services. If elected I will bring my experience to make sure the city gets the infrastructure it deserves, and to support local people, organisations and businesses.

The UK is about to commence negotiations for leaving the European Union and for establishing our future relationship with our European neighbours. It is important for the people of Chelmsford and the rest of the country that we get this right. Very few British politicians have experience of European negotiations.  I have already been helping David Davis and his team to prepare for the talks ahead. I will bring my experience to Westminster and make sure that Brexit works for all.”

Dick Madden, Chairman of Chelmsford Conservatives, said, "We are really pleased to see Vicky selected as our Conservative candidate in Chelmsford. The country faces a stark choice between the Government of Theresa May or the chaos we see from Jeremy Corbyn. Vicky has worked hard representing us in the European Parliament and will be an outstanding addition to the team. We cannot wait to see her as the next Member of Parliament for Chelmsford.

Sir Simon Burns, Member of Parliament for Chelmsford 1987-2017 said, "Chelmsford was fortunate in that there were three excellent candidates. But one was more outstanding than the others. I am delighted by the choice of Vicky Ford. She will be an excellent successor to me and a fantastic candidate, who I know will work as hard as I did to look after the people of Chelmsford and be part of our local community."