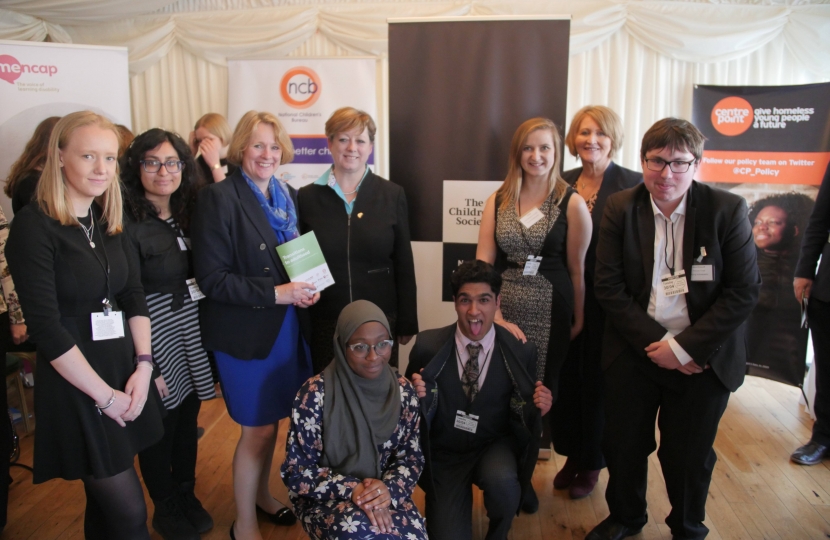 Chelmsford’s MP brought together children’s charities from all across the UK to secure better support for vulnerable 16 and 17-year-olds.

Vicky Ford hosted a cross-party event in Parliament at which The Children’s Society launched a major new report as part of its Seriously Awkward campaign.

The report, Transitions to Adulthood, highlights research showing one in five 16-year-olds experience five or more complex issues.  Their age means these young people often fall through the cracks between children’s and adult services.  If they do receive support, it too often falls short and disappears entirely when they turn 18.

They are calling on the Government to form a cross-department taskforce to coordinate changes to improve help for this often forgotten generation of vulnerable adolescents.

The report focuses on how support for these older teenagers needs improving across areas including housing, employment, mental health and safeguarding from risks like sexual and criminal exploitation.

Nick Roseveare, Chief Executive at The Children’s Society, spoke at the event along with The Children’s Commissioner for England, Anne Longfield and the Minister for Mental Health, Inequalities and Suicide Prevention, Jackie Doyle-Price MP.

Welcoming the report, Vicky Ford MP said: “It is of real concern that vulnerable young people, especially 16 and 17 year olds, often find themselves overlooked and missing from priority support. This group is at the heart of some of the biggest social policy issues we face today such as criminal and sexual exploitation or being drawn into youth violence or homelessness.

Evidence shows us that where local authorities and other agencies work together to identify vulnerable children and intervene early, this can have a dramatic and positive improvement on the lives of young people. Early intervention strategies are working in areas like Manchester and Essex. To support our children it is vital that a joined up approach using best practice is adopted more widely across the country.”

Monday 13th July  Arriving in Westminster it is clear that Members of Parliament are exhausted.