Week In the Life of Vicky Ford 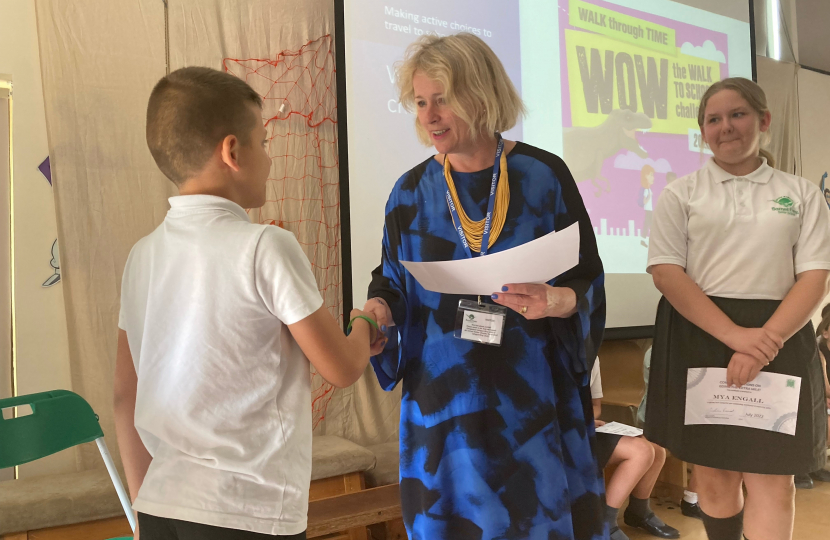 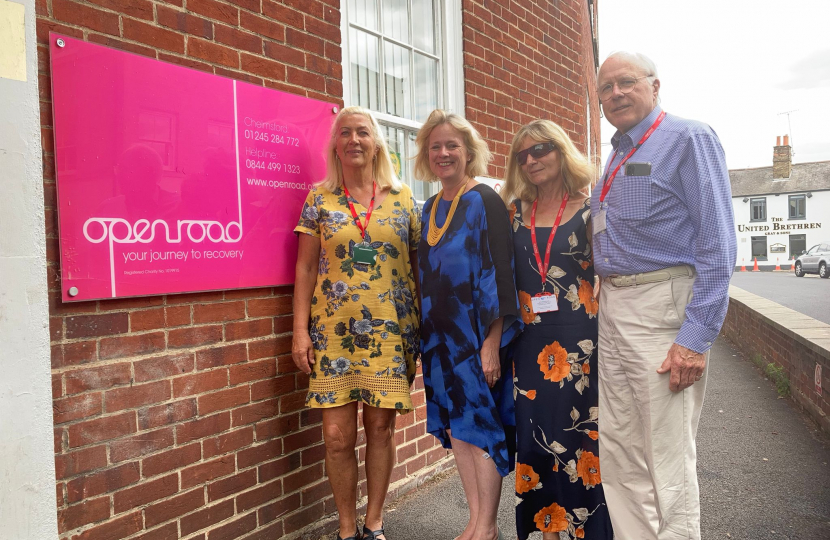 Monday 11 July 2022   I touch down in Johannesburg after an overnight flight.  South Africa's energy network is one of the (if not the) most carbon polluting in the world.   For decades the country has relied on brown coal to produce its electricity, but now that electricity is far from reliable. The aged power stations can not run at anything like their original capacity and regularly break down.  This leads to frequent outages or "load shedding" when the mains electricity is unavailable.  When this happens many companies, factories and homes of wealthier people switch to diesel generators, doubling down on the pollution.  Six hours of load shedding is planned in Johannesburg today.

This is not only devastating for the environment but also dreadful for the economy.  Without reliable electricity companies find it challenging to make investment, growth is stalling, unemployment especially amongst young people is rocketing.  Many people live in poverty, the country has the highest level of inequality on the globe.

Decarbonising South Africa is the test case for the world.  If it can be done here, in a way that brings jobs and prosperity, then other countries will follow.   At COP 26 in Glasgow South Africa made brave commitments to reduce carbon, remove its reliance on brown coal and head towards net zero.   However this is for from easy to achieve.  The UK, US, France, Germany and the EU promised to support South Africa with an $8.5 billion package for a Just Energy Transition.  UK businesses are already the largest providers of renewable energy in the country but there is a huge amount to do. The South African Government is working on a clear list of priorities for infrastructure projects.

During my two days in the country I meet with the Deputy Foreign Minister, members of the Presidents’ climate change commission, and leaders of the ruling ANC party.  I visit a start-up company supported by the UK that is installing solar energy systems in homes and an organisation that is providing skills training to young people.  We discuss the changes that are needed; new regulation, energy storage, their desire to lead the move towards green hydrogen production, manufacturing capacity, jobs, education and ways the UK can support them on this journey.  Despite the political turmoil of leadership elections in the UK, keeping up this work to help save the planet is important.

Wednesday 13 and Thursday 14 July 2022  I'm back in Westminster as the rest of my trip to Africa has been cancelled due to the votes in the UK.   I spend much of the days explaining to colleagues and the media why I am backing Liz Truss.  I have seen her work as Foreign Secretary, putting the foreign office back on its feet after the mistakes of Afghanistan and readying it to take on the next crisis.  She made sure that, despite the pandemic, we brought the world together for the COP conference which was crucial for our future and for the UK's global reputation.   She has been leading the free world in standing firm against Russia and is a huge champion of women and girls.   She has a track record of getting things done.

I would like to see a new Prime Minister who can go straight into Number 10 and get on with delivering on the promises we made in 2019.  Promises on policing, hospitals and education all things that matter to my Chelmsford constituents.   This is why I am backing Liz.

Friday 15 July 2022  I start the day in London where the Commons is sitting to hear private members bills.  I am very moved to be in parliament when the bill for neonatal care parental leave is passed.   This will mean parents of very premature babies will be able to spend time with their newborn in neonatal intensive care without worrying about their job or how to pay the bill.   Having a very premature baby is one of the most difficult of difficult times.  I have seen the impact it has on families.  This new bill will help thousands of families, including many in Chelmsford.

In Chelmsford, I visit Barnes Farm Junior and Infant Schools where this term the pupils have been taking part in a new challenge to walk, cycle or scoot to school.   Parking outside the schools has been a nightmare. I was increasingly concerned to hear many stories of "near misses" involving the children and vehicles, so I have been supporting this initiative.   I am so impressed by the changes the children and their families have made.  I award certificates to the children who have worked the hardest.  I invite two children who have taken part in the challenge to come and visit me in Westminster so they can see Parliament.

I visit Open Road, the organisation in Chelmsford that supports those with drug additions.  They tell me about the worrying use of steroids in our city's gyms and the problems that long term prescribing of addictive medications can have for patients.   We discuss a new treatment for heroin, Buvidal, which seems to be having a dramatic positive affect on addicts.

On line I meet with the managing agent for one of the Chelmsford properties affected by cladding.  It's good to hear that the remedial works are now completed.  I also meet with the head of the academy trust that is due to open a new school for children with autism.  It is much needed.