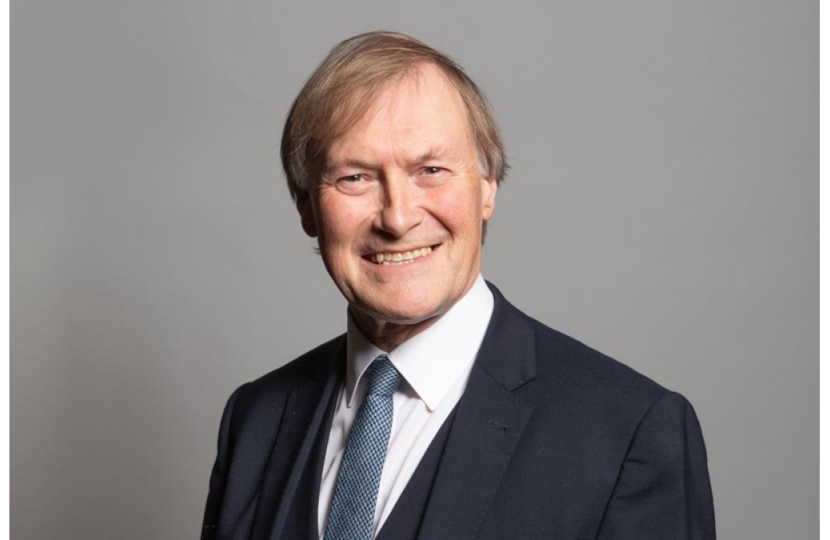 This has been a week of deepest sadness.  I am still reeling from the shock of the violent murder of my friend, neighbour and Essex MP Colleague, Sir David Amess.  He was the kindest and most gentle of men who adored meeting people and loved helping his constituents to solve their problems.

As readers probably know Sir David passionately supported the campaign to make Southend a city.  He was deeply impressed by the positive changes that having city status had bought to Chelmsford and wanted to see this spread wider across Essex.   We often used to have a laugh and smile when he found ever more ingenious ways to campaign for Southend to become a city.

Sir David was also a good friend of the people of Chelmsford.  I am so very grateful to him for his leadership and tireless efforts to improve the hospital service in Mid and South Essex.  This lasting legacy benefits thousands of people in Chelmsford.

I met with the new Chief Superintendent for Essex police covering North Essex.  I discussed safety, especially of women.  During the pandemic I have become aware of a small but concerning an increase in tensions between neighbours which have sometimes left single women feeling particularly vulnerable.   The police have promised to work with landlords on what more support could be given.

On Tuesday, after meetings in London I flew out to the USA for a series of meetings in New York at the United Nations, and then on to Washington where I was representing the UK at the biannual meetings of the World Bank.

The UK is a significant funder of the World Bank and it does excellent work especially in less well off countries to help drive economic improvement.  They are also the largest providers of funding to schemes that help countries adapt to climate change and protect biodiversity.

During my meetings with officials and African country representatives at the UN I pressed the case for a humanitarian corridor to open for aid in Ethiopia.  Due to over 10 months of conflict many hundreds of thousands of people are facing starvation.   The UK is providing aid assistance, but it is not getting through.  A ceasefire is needed but it is also urgent that people can get the food, medicines and fuel that they need to survive and to prevent an even worse disaster.

At the World Bank meeting I asked (mostly) for three things.   Firstly, for the World Bank to include support for Girls Education in their plans for funding in upcoming years.  Educating girls is one of the most important things that can be done to help fragile countries build stronger economic futures and overcome security issues, but sadly the pandemic has made it even more difficult for children, and especially girls to access school.   The World Bank agreed to do this.

I asked for the World Bank to support the UK in preparing a more detailed plan to help African countries deliver vaccines.  Millions of pounds and dollars and millions of vaccine doses have been promised and whilst some progress has been made the levels of vaccinations delivered are still very low in many countries.  Bringing together the financial and deliver support into a more comprehensive plan should make a real difference in the months ahead.

The World Bank is the largest funder of projects to support biodiversity and nature of any of the “multilateral development banks”.   We discussed what more can be done to deliver a joined up approach, especially as the negotiations towards next month’s climate change conference (COP 26) draw focus from across the world.

Sir David campaigned for animal welfare for many decades.  I hope that he would be pleased that we continue to fight for protection of nature and biodiversity not only in the UK but also across the world.  We will miss him so much.

I know many people in Chelmsford are concerned about Climate Change.  It was a great honour to represent the UK at COP 26 in Glasgow at the start of November.  I supported the UK team in welcoming world leaders and specifically focused on the issues affecting African countries.