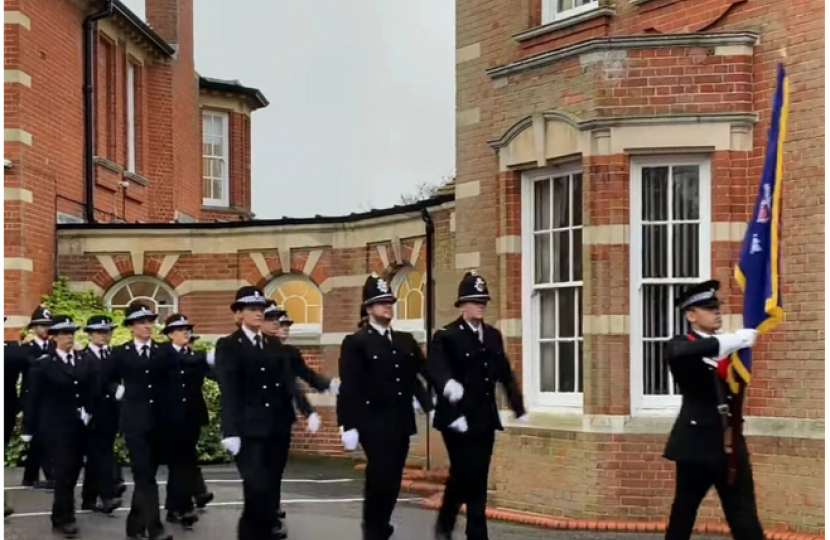 Monday 13th December  Its tense in Westminster. People are concerned about the new Omicron variant but many colleagues are also concerned about the new measures that the Government is proposing. As Minister for Africa, I am due to give a big speech at Chatham House on our Africa strategy. By 2050 its predicted that one in four people on the planet will live in Africa, our relationships with African countries matter. For the peace and prosperity of the UK and the world it is important to work with African countries for a freer, healthier, greener and more prosperous continent.

I head over to BBC broadcasting house to do an interview for BBC Africa. Its only when the camera stops rolling that the press officer tells me that the interview may be watched by up to 450 million people.

Tuesday 14th December After a busy day in the Foreign Office meeting the heads of the all-party groups for Nigeria, and for LGBT+ groups. I head off to Chatham House to deliver my speech to a virtual audience before returning to the House of Commons for the vote.

We know that the Omicron variant is spreading rapidly and that the majority of those that are currently hospitalised with Covid are unvaccinated. Therefore, I think that it is completely reasonable to request that those who chose not to take the vaccine should be asked to do a lateral flow test before attending large events. I vote for the new measures. They pass but it is clear that opinions are divided with many Conservative MPs voting against the measures.

At the end of each day in the House of Commons there is an “adjournment debate”. Tonight is about overcoming violence against women and girls. As the minister responsible for our international work to tackle this, I am given the chance to respond to the debate. Some of the violence we see is truly desperate, especially when rape is used as a weapon of war. But there are also positive rays of hope. The UK has been leading research projects in many different countries. These have showed that by working with local communities it is possible to half sexual violence and it doesn’t need to take generations to achieve this.

Wednesday 15th December  From the Foreign Office, I host an online round table with charities and aid organisations to discuss the increasingly difficult situation faced by women, girls and those from minority groups in Afghanistan. I am struck by the determination of aid workers in Afghanistan to get as much help as possible out to those that need it, despite all the challenges.

Online, I meet with the African Union’s Commissioner to discuss the “Manufacturing Africa” platform that we have been working on as part of our G7 leadership. It will help create jobs both here in the UK and in African countries.

Thursday 16th December  Working from home I catch up with our Heads of Mission in Nigeria and Ethiopia and discuss plans to help roll out more vaccines in Africa.

On-line I meet with Royal Mail to discuss the post situation that is still affecting many Chelmsford residents. They tell me that the vast majority of parcels that have been stuck in backlog have now been delivered and that they believe there are almost no post items more than 4 days overdue in the sorting office. Sadly, I think the situation is worse than this, as people are still emailing me about long overdue items and lost mail. I know the local posties are working hard to catch-up and that teams have been brought in from other areas to help.

Friday 17th December At Essex Police Headquarters I join the Chief Constable, the Lord Lieutenant and Roger Hirst, the Police Fire and Crime Commissioner for the Passing Out parade. Eighty-nine new recruits have passed the training course and take the oath to become police officers. I hear their stories, they come from all walks of life, a former supermarket worker, and recent graduate, and IT specialist who speaks five languages.

We are lucky in the UK to live in a largely peaceful country, but the murder of Sir David Amess reminds us that we are not immune to acts of terror. I would like to thank all the members of Essex Police who have wrapped the arm of security around MPs since Sir David died. Politicians are not perfect, we make mistakes and we certainly should never be above the law. But without politicians, without democracy, we in this country would not have the peace and freedom that is so sadly lacking in many other parts of the world.

Congratulations to the new police officers, be proud of yourselves because the people of Essex are proud of you.