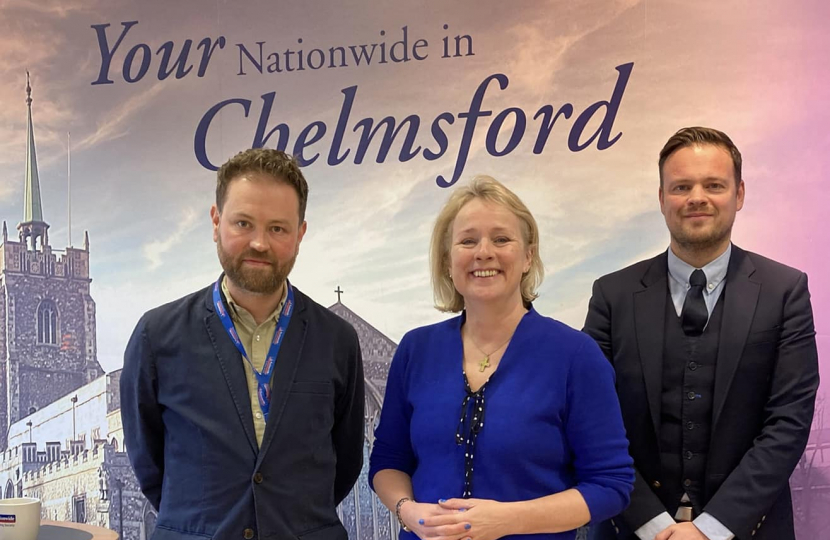 This week brought a lot of early mornings and long evenings with parliamentary votes happening late into the night.  MPs have been working on a number of different pieces of legislation.

The Online Safety Bill will make a huge difference to protecting people, especially children, from online harms.  It has now passed its third and final reading in the House of Commons with unanimous support from all political parties.  The Bill now moves to the House of Lords where it will be further scrutinised.  More amendments will be suggested in the Lords.  It will then come back to MPs who will make the final decision on whether or not to add the Lords’ amendments to the final law.

The Government has also promised to add wording which will make spreading content which promotes self-harm or suicide to adults a criminal offence.  In the debate on third reading I spoke about the need to make sure that the wording of this part of the Bill also covers the promotion of eating disorders as anorexia is the largest killer of all mental illnesses.

We also voted on the next stages of the Retained EU Law Bill.  This will enable Government to make sure that the exercise to identify all EU law that is still present on the UK statute book by the end of this year and repeal unnecessary laws.   Having witnessed the passing of many EU laws during my time as an MEP, I often saw how many EU laws take a generic approach as they cover so many countries and that there are often benefits of having law more tailored to UK needs.  The Government has given an undertaking that all environmental laws will be retained and pledged that it will ensure the UK continues to have strong worker’s rights.

A new Bill which will ensure minimum safety levels for public services on strike days has also been introduced.  In some countries like the USA, Canada and Australia, “blue light” services like ambulance workers are not permitted to strike at all.  Other countries like France, Spain and Italy already have minimum service legislation.  The Government’s suggested legislation will not stop the right for workers to strike but will help make sure the public can expect the most vital of public services to be available on strike days.

This week we heard some positive economic news that both inflation and mortgage rates have started to reduce.  Whilst I do understand that rising prices have put pressure on many household budgets, above inflation pay rises risk driving inflation even higher.  I am also concerned about the impact of public sector strikes on the NHS and schools, especially as health services and children’s education are still endeavouring to recover from the aftermath of Covid.

In Chelmsford, I visited Chelmsford College where I met students working on projects across the gaming, graphic design and fashion areas.  I was very impressed with the quality of much of the work shown to me by students and how their tutors are focusing on making sure that young people are learning skills that will set them up for future careers in these sectors.   Some students told me about the challenges that they had faced travelling to college during rail strikes, I do hope that rail workers will accept the latest offer and end this strike.   Improving safety for women and girls has been one of my priorities so it was good to hear from a group of female students that they feel safe and supported at the college.

The Nationwide has just celebrated the 60th birthday of the branch in Chelmsford.  I visited the branch to congratulate the staff.   Around one in four Chelmsford households have at least one person with a Nationwide account – either a saver or a borrower or both.   The staff told me about their cost of living line which will give advice to any customers who are struggling financially.  There are lots of options to help those who are worrying about mortgage payments so if you do need advice please to give them a call or pop into the branch.