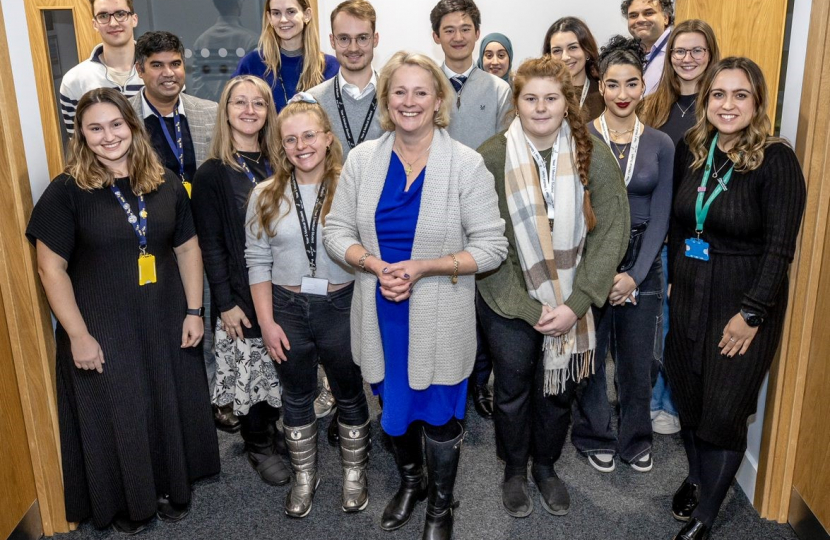 I was over the moon to get the news just before Christmas that the contract for Beaulieu Park Station had been signed between Essex County Council, Network Rail and the construction company.   Local residents tell me that they were first promised a new station over 40 years ago.  Now it is firmly on track and construction will start in the coming weeks.  The new station will mean fewer people driving into central Chelmsford and will help to reduce congestion throughout central areas.

I have been working on delivering the station ever since I was first elected five years ago.  Unlike previous designs for the station, crucially the plans for Beaulieu Park Station will incorporate a “passing loop” so that fast trains will be able to overtake stopping services at Chelmsford.  This means the entire Great Eastern Main Line will be more resilient and more trains will be able to run to Colchester, Ipswich and Norwich as well as stations like Clacton and Braintree.   Hence it has been supported by MPs all across the East.

Another bit of good news was that St John Payne School is one of 239 schools to have been selected this week for the Governments School Rebuilding Programme.   This programme will rebuild or refurbish buildings at 400 primary, secondary and specialist schools. The work is expected to be completed in the next three to five years.

I also visited the Medical School at Anglia Ruskin University to meet the medical students.  The first year of students are due to graduate next March and will be the first cohort of new doctors from any of the  new medical schools announced by the Government in 2017. Many of the students told me that they would like to stay working in Essex when they qualify as doctors.  What excellent news for our local NHS.