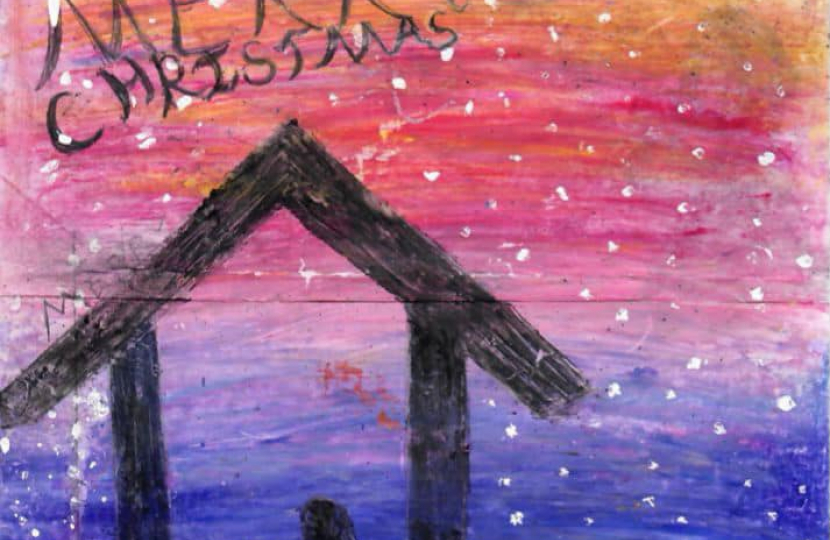 As Christmas draws closer, I am sure I am not the only one who is really looking forward to getting together with family members over the festive period.  This will be the first time in three years that we have been able to do so.   I am also looking forward to taking part in one of the beautiful Christmas Carol services that take place at Chelmsford Cathedral.

However, it will also be the first Christmas without my mother at the table.   I am thinking of all those who have lost loved ones this year. I am also thinking of the brave people of Ukraine, many of whom are facing a very cold Christmas with no heat or electricity.

Russia’s war in Ukraine has had a devastating impact on food and fuel prices across the world, so my thoughts are also with all those families who are struggling due to the high cost of living, both in Chelmsford and overseas.   On top of the support the Government has given with energy bills for all households, it has also given local authorities over £421 million so that they can give additional discretionary support to those most in need of assistance.

At Christmas time we especially think of babies and young children. I recently met with Home Start Essex who are helping to allocate some of that support locally.  If you have a child under 5 years old and need assistance do contact them on home-startessex.org.uk.

The Christmas story tells us of Joseph and Mary making their difficult journey to Bethlehem.  It is a time when we often think of travellers, so it is especially tragic that this week has brought the news of more lives being lost in the Channel by those trying to reach the UK on small boats. The Prime Minister has announced a new package of measures to endeavour to stop the people traffickers who put so many lives at risk.   By tackling illegal migration, especially from those who come from safe countries, the UK will be able to be more generous to those that really need our support so there will be an expansion of more safe and legal routes for those that need our help.

On arrival in Bethlehem, we know there was no room at the Inn, but Mary was found a warm space in a stable where she gave birth.  I have been very moved by the number of Chelmsford organisations that have opened their doors to give people a warm welcome this winter, including churches, libraries and community halls.  We know that during the pandemic so many people felt lonely.  It was lovely to join Rev Dan Pierce at the Beaulieu Community Hall to see many residents dropping in for a chat and cuppa on their open afternoon which takes place every Friday.

Unlike Mary, mums-to-be in Chelmsford have excellent support.  Thank you to all the midwifes and doctors at the Maternity Unit in Broomfield which I visited recently.   I was so impressed by their love and care.   A special Christmas Tree is decorated with tiny hats, ready for those babies that will be born on Christmas Day.

After the birth Joseph, Mary and the baby Jesus were visited by shepherds and the Three Kings.  The shepherds remind us of the farmers who work to produce our food.  Let us keep them in our thoughts and especially those whose businesses have been devastated by avian flu.  This Christmas we are missing our own wonderful Queen who was such rock for so many people across the Country and Commonwealth for so many decades.   I will never forget my own special memories of 2022, greeting leaders from across the world when they came to attend her funeral and pay respects.   King Charles III visited Parliament this week in a moment of Thanksgiving and Remembrance.  During his visit he unveiled a plaque in Westminster Hall to commemorate the place where Her Late Majesty lay in state.

Not all the Kings in the Christmas Story were good and wise men.  Mary, Joseph and the baby Jesus had to flee to Egypt to escape from the tyrant King Herod who sent his soldiers to massacre the baby boys of Bethlehem.   Sadly, massacre is still occurring in parts of the world today.   Putin’s henchmen in the Wagner Group have been implicated in a recent massacre in Mali, as well as many war crimes in Ukraine and atrocities elsewhere.  In the House of Commons, I have called on the UK foreign secretary to proscribe the Wagner Group as a terrorist organisation.  I believe this could make it much more difficult for Wagner to recruit mercenaries across the world.

Christmas is also a time when we think of the sick.  As former chair of the All-Party Group for Rare Diseases, I was extremely pleased to hear this week that the Government is investing over £175 million in cutting-edge genomics research.  Helping patients access genomic technologies will improve diagnosis and bring faster access to treatment.  This will be lifesaving and life changing for those suffering from rare diseases.

Wherever you are this Christmas period, whether you are a Christian, a follower of another faith or none, I send you my very best wishes.  May we all have peace and joy over this festive period.