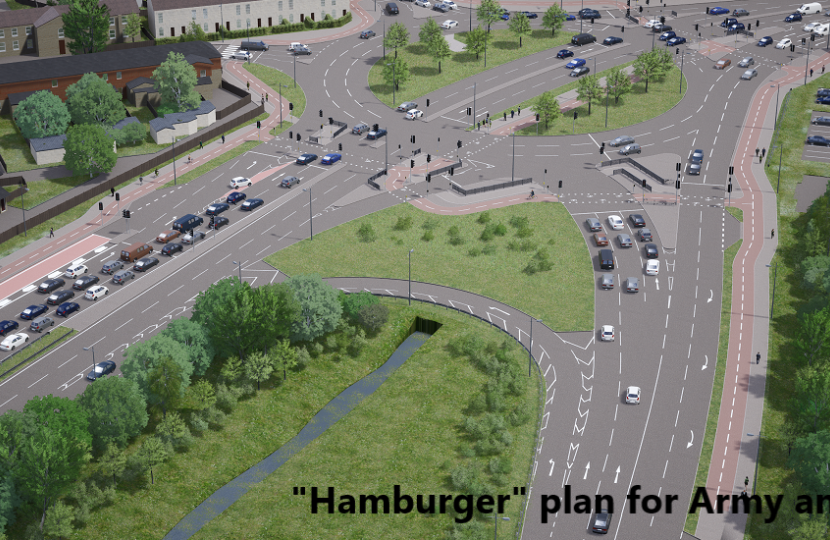 Army and Navy update - a huge huge thank you to the many thousands of Chelmsford residents who checked in to look at the different plans for options on a new junction over the past few months. Today the Army and Navy task force met to consider what had been said by residents and decide the next steps.

60% of those who took part in the survey preferred the option for a “Hamburger” junction that enables traffic to pass through the roundabout. I am told that is an design that has proved very successful in other areas, like Harlow and Oxford. 21% preferred the second option for more T junctions. 18% had no preference or were undecided.

The task force has therefore decided to proceed with the Hamburger style junction, as this is also the most likely option to reduce congestion in Chelmsford. The task force combines elected representatives from all parties in Chelmsford so it was good to have cross party backing.

This is an expensive project. A fully costed business plan now needs to be prepared so we can finalise the funding bids.

I know people want a new junction delivered as soon as possible, but it is also important that we get the best possible solution for future generations.

Thank you again to EVERYONE who took part in the consultation.