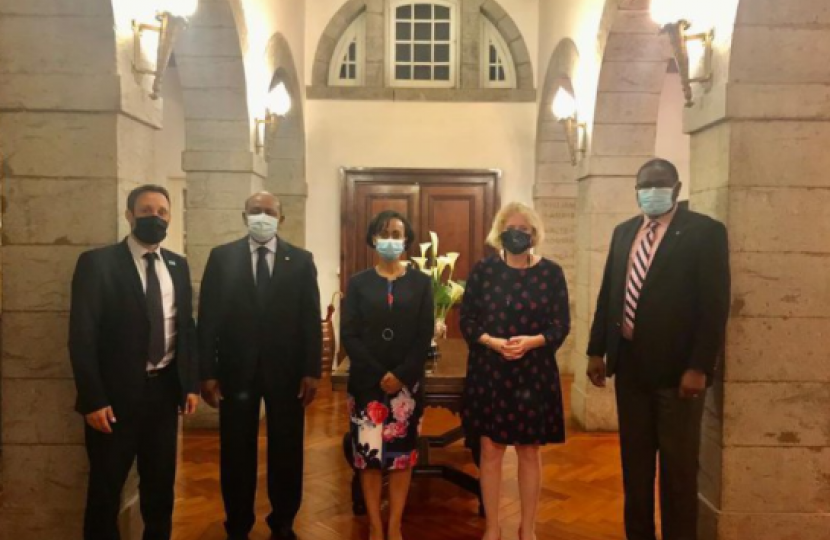 Cases of covid are dropping and the massive vaccination efforts have made such a huge difference.  I recently visited one of the GPs surgeries caring for Moulsham residents and spoke to the team.  Due to long waiting lists for patients who need non urgent hospital treatment and surgery, many of the patients being cared for by our GPs have much more complex medical needs than pre-pandemic.  This has resulted in many more requests for GP appointments and calls.  GPs are working extremely long hours to support patients.

The good news is that on the other side of Chelmsford progress is being made on delivering the new medical centre at Beaulieu Park.  A revised planning application has been submitted which will enable construction to start.  Opening a new GP led medical centre in the north of the city will help alleviate pressure on GPs across Chelmsford.

It has also been good to support Chelmsford residents with the problems that have affected our postal services and these are improving.  But I was concerned to hear from a number of Chelmsford residents about trains being extremely overcrowded, particularly at peak times, as a result of a Greater Anglia timetable change.

I met Greater Anglia who have agreed to lay on an additional train in the morning and evening rush-hours and I have asked them to make sure that all trains have as many carriages as possible.  They have promised to monitor the situation and add more trains if needed, so please do email me if you experience problems on the trains especially as more people return to offices..

I have just returned from a four-day trip to Kenya, Uganda and Ethiopia as part of my responsibilities as Minister for Africa.  I saw first-hand how investment by the UK development organisation and British businesses, is helping to deliver new infrastructure across Eastern Africa, including at Kenya’s largest port in Mombasa.

A decade ago it used to take on average 12 days between goods arriving at the port and them being turned around for onward journeys.  Thanks to UK and other investors the time has now been cut to three days, which reduces costs for producers and distributors.   Forty percent of the tea we drink in the UK comes from Kenya so this also helps to keep the cost of a cuppa down.

In Kenya, I visited a drought ridden community where the rains have failed for the last four growing seasons, a sombre reminder of the effects of climate change.  I was able to announce new support for around 1 million people in the drought affected parts of Kenya, Somalia and Southern Ethiopia, backed with £17 million of funding from the UK.

In Uganda, I met pupils who had returned to school this month for the first time since the pandemic started.  Despite immense poverty, I was deeply impressed by the commitment of students to be back learning and hear about their ambitions for a better future.

In Ethiopia, there are signs of increased efforts to try to end the violent war that has raged in the north of the country for the past 14 months.  The UK is working hard to support these peace efforts.

I also met with organisations including World Health Organisation to discuss the challenges of vaccine equity.

As ever, if I can do anything to help please email me at vicky.ford.mp@parliament.uk