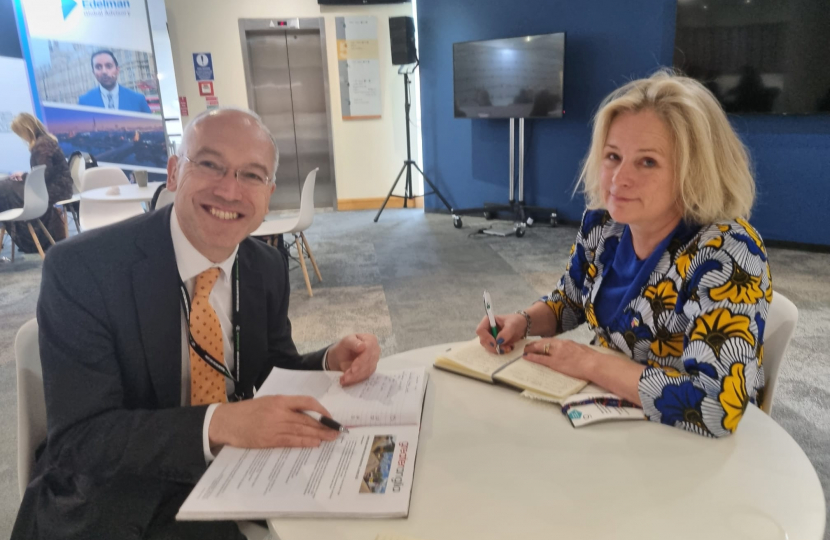 Hugely exciting weekend for Chelmsford infrastructure at the start of October as the new Beaulieu bridge was carefully transferred, centimetre by centimetre, onto its new pillars in place across the A12 and the Railway line. The largest piece of curved British steel infrastructure anywhere in the country, this bridge weighs 1,500 tonnes. The new bridge will be the access to the new railway station at Beaulieu Park and the North East By Pass. This is an absolutely key part of Chelmsford’s infrastructure and will open to road users next Spring. Plans for the new Beaulieu railway station design also includes a passing loop so that fast trains can overtake stopping services. This will improve the reliability of train services all across the Great Eastern Mainline and more services will be able to operate.

Recently, I caught up with Jonathan Denby of Greater Anglia to discuss Chelmsford’s trains. The good news is that the final phase of the rollout of new trains is now underway. The first 108 new “surburban” trains are now operating and the final 30 will be rolled out by next summer. As well as having more seats, these new trains tend to be more reliable. In the past year the reliability of trains passing through Chelmsford has been around 94/95%. This is well above other parts of the network. Passenger numbers are now about 70% of pre pandemic levels, which is below the experience of other parts of the Greater Anglia network. This may be because more people in East Essex are choosing to work from home either fully or partially. Trains are busiest on Tuesdays, Wednesdays and Thursdays. The timetables are now about 90% of pre pandemic levels. Crowding is monitored daily, and extra services and seats have been added since schools returned in September.

Since the end of lock-downs I have been pressing for more services, especially where there have been timetable gaps, so I am always interested in feedback on the timetable.

If you do regularly travel by train and have specific comments about the service, please do email me vicky.ford.mp@parliament.uk.