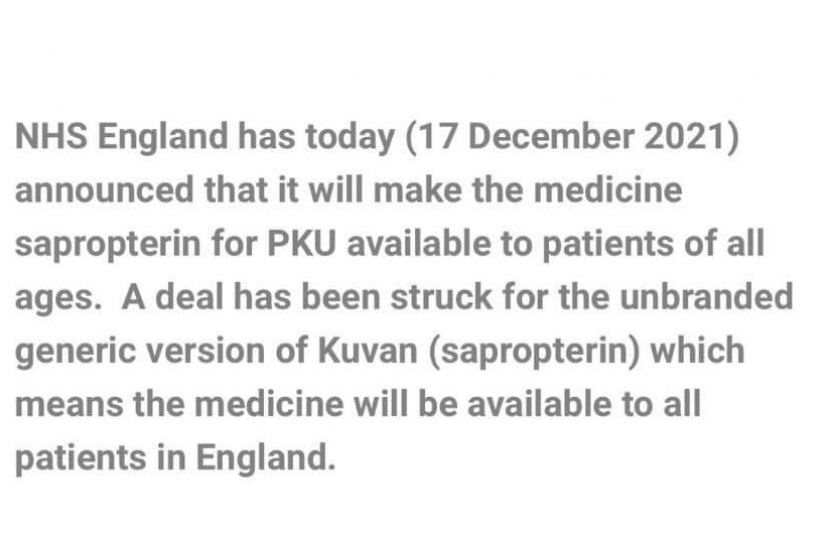 A bit of good news - I will never forget the dad who walked into one of my first constituency surgeries when I became MP for Chelmsford. He told be about a condition called PKU and the impact it was having on his young daughter.

PKU means she was unable to eat protein, she had to be on a specialist diet, was unable to enjoy the normal things that children do, like a trip for a pizza or burger with friends, or share a slice of cake at a birthday party. She was constantly hungry and her parents lived in daily fear of what might happen to her if she slipped of her diet.

But there was hope. For a while, his daughter had been on a trial of a drug called Kuvan - or saproterin. During the trial she has been able to eat pretty much normally. She became a normal child. The nightmares stopped, her mood lifted, she was a happy child. The drug was available in all other European countries but not in the UK.

I promised to campaign for his daughter and the 150 other children across the country affected by PKU. I led a debate in the House of Commons and joined a small band of other MPs with affected constituents in writing many letters to Health Ministers. The families of PKU sufferers have never given up their fight.

I am so so so delighted that yesterday it was announced that sapropterin will now become available to all patients in England.