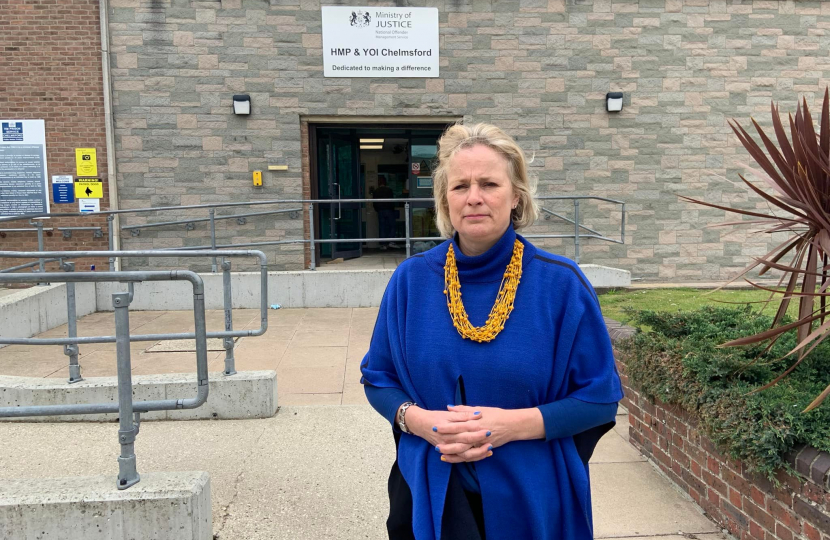 I visited Chelmsford Prison today and met with the Governor, Garry Newnes. Incidents of assaults on staff and assaults & fights on prisoners have declined.

There has also been a significant drop in “throw overs” of drugs and mobile phones. I saw the new windows on the most affected block that make it impossible for inmates to retrieve packages of throw overs.

I also heard that new CCTV cameras are making a difference to maintaining security of the prison perimeter.