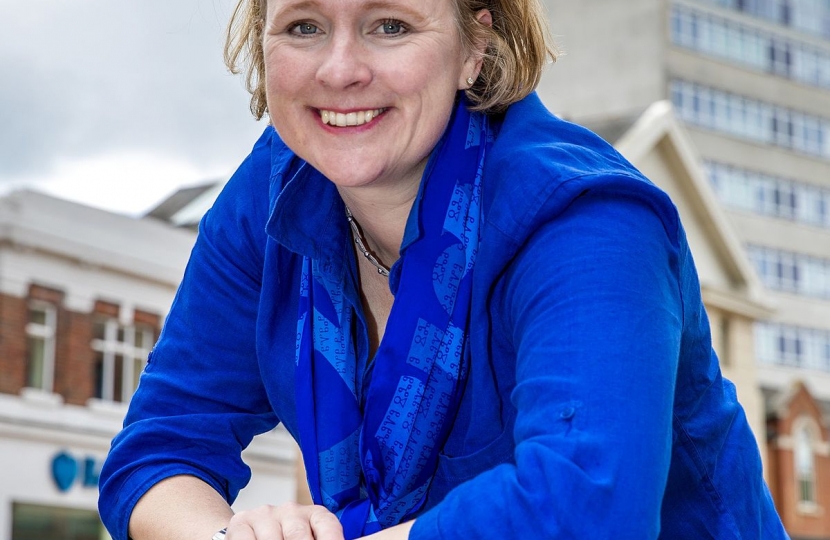 Happy New Year! As I come to the end of my first six months as the Member of Parliament for Chelmsford I thought it would be helpful to give you a short update and to look ahead to what’s coming up this year.

Last summer I was delighted to be elected by my peers to serve on the House of Commons Science and Technology Select Committee. This will be a special focus for the next 12 months as 2018 is the year of Engineering.

Chelmsford is the “Home of Radio” and has a proud tradition of being at the forefront of innovation. Nearly one hundred years ago Marconi chose to make the first radios in Chelmsford and that heritage continues today with many local experts in wireless technology. During 2017 I welcomed Space and Satellite companies from all over the UK to Chelmsford when they met at Teledyne e2v to discuss the Government’s future plans for our rapidly growing satellite sector. This month we will see the Space Industry Bill come before the House of Commons. The Bill establishes a framework for British companies to be able to launch the next generation of “small” satellites directly from the UK. This  is a rapidly growing industrial sector and is key for jobs and future growth.

During the Year of Engineering I will work with industry representatives, Parliamentary Colleagues and Ministers to help encourage more people into careers in science and engineering - especially women. This brings huge opportunities as historically women who have studied maths or science A Levels have earned on average 30 percent more than their peers. This autumn I joined Chelmsford primary school pupils on a hugely exciting “Science Day”. Please do let me know if there are local events which I might be able to help support.

On Brexit, talks have now moved on to what our future relationship with the EU will be. During 2017 I’ve been working hard behind the scenes, meeting politicians and businesses in Ireland and Northern Ireland, and having meetings in Italy, Germany and the European Parliament to help achieve the best possible outcome for the UK. During the election, I promised the people of Chelmsford that I would work to make sure the UK/EU negotiations worked for all the people of Chelmsford. I will continue to monitor this closely.

I am delighted that the Anglia Ruskin School of Medicine has been accepted by the General Medical Council onto its quality assurance programme, and will be eligible to bid for places for September 2018 entry. As a region, the East of England faces significant NHS workforce pressures. Despite this there is no pathway in Essex for the most able students in our schools to study at University to become doctors in Essex. I firmly believe that the new School of Medicine will prove crucial to both recruiting and retaining doctors in both the County and the wider region and I fully support their bid.

Making sure we have infrastructure fit for the future is key. Later this month I will be meeting with representatives from the Department of Transport, Network Rail, Greater Anglia, Essex County Council and Chelmsford City Council to discuss updated proposals for Beaulieu Park Station and a Chelmsford North East Bypass. I will let you know how I get on.

In the past 6 months, I have taken up over 1,000 cases, covering more than 60 different policy areas on behalf of Chelmsford residents. This has included support on benefits, the NHS, Policing and many many more issues. There is much to be optimistic about in Chelmsford in 2018, but there are challenges ahead. As always I am keen to hear your views. Please do not hesitate to contact me on vicky.ford.mp@parliament.uk