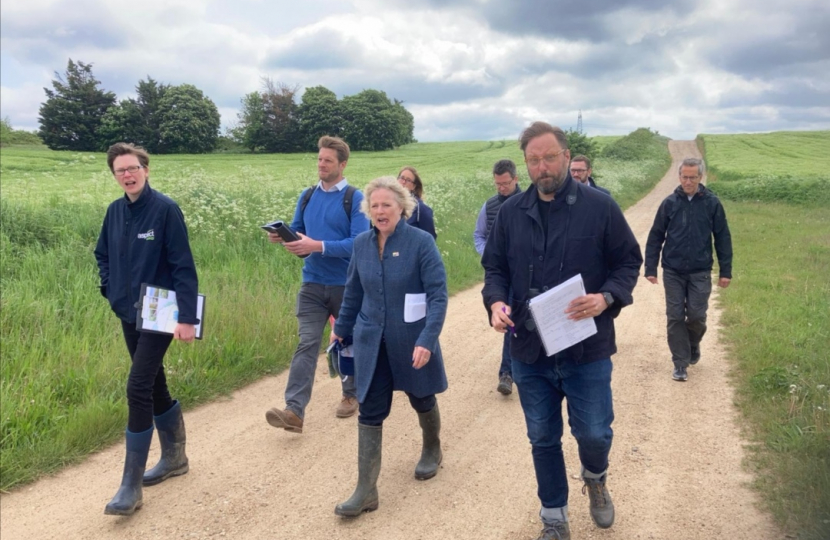 Recently,  I visited Manor Farm near Sandon School with local resident David Pallash as well as representatives from Hopkins Homes, the Landscape Architect, the Principal Ecologist from Aspect and officers from the planning department at Chelmsford City Council.

David works professionally in environmental and sustainability projects across the world and is a keen ornithologist. He has been monitoring the bird life and other wildlife on the site for five years years and has contacted me regarding the plans to make a new country park. There are a number of “red listed” species which nest on the site, and other rare migratory species which he has seen visit at certain times of year.

During the visit David took us to the area where nightingales are currently nesting, pointed out where the barn owls hunt and showed us where water voles are sometimes spotted - and much more.

We were able to go through the site plans in detail and make sure that they take into account the current use of habitat. The plans to turn arable land into grass land, increase hedges and add extra habitat should benefit biodiversity and bring even more species to this area.

I was very glad to introduce David to those involved in these plans. I know he will be making sure that our precious birds and animals are cared for.