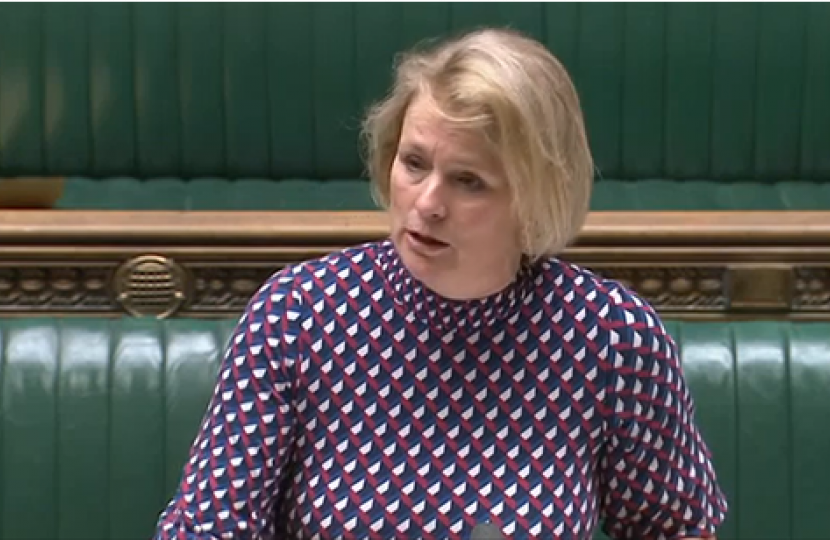 Monday 7th February  There is something in my eye as I sit on the front of the green benches in the House of Commons listening to Southend’s new MP Anna Firth take her oath of service. I still miss Sir David hugely and often expect to see his smiling face when I turn a corner in Westminster, but as a long term supporter of women in politics it is also great Essex has now elected 7 female MPs.

In the Foreign, Commonwealth and Development Office I make a call to the Foreign Minister of Gabon. The country currently holds one of the 15 seats on the UN Security Council and I was concerned that they recently abstained on whether there should be a Security Council discussion on the situation in Ukraine. It is so important that we stand up for sovereignty and territorial integrity. I have a helpful discussion with the PM’s trade envoy to Brazil – an important country for the UK.

Tuesday 8th February  I have long and complex discussions in the Foreign Office – I believe in being very transparent in this column but some of the meetings I have cannot be reported here. However, I have a useful first meeting with the Ambassador from Mexico, another important Latin American Country. In the late afternoon we hear that the Prime Minister is reshuffling his cabinet, the Minister for Europe is to move to become the Chief Whip. I have known him for many years and, as a former MEP he was hugely helpful to me when I joined the European Parliament. However, this does mean we are now one less Minister in the Foreign Office, so we will all be a little busier!

Wednesday 9th February  I am just finishing a meeting when I am told that the Speaker has granted an Urgent Question on the humanitarian situation in Afghanistan, and I will need to answer the questions from MPs that will follow. I catch up with the officials who are following this very difficult situation closely before heading over to the House where I take questions for over an hour. UK humanitarian aid is already supporting over 4.4 million people with food, and this is growing but the need is huge. Countries across the world do need to step up to also help. We are also supporting a UN donor conference which will happen at the end of March.

I record a speech for a conference that is taking part on Women Peacekeepers and Security in Indonesia and another for the Mobile World Conference which is due to take place shortly. The UK has been sponsoring research in improving the use of mobile communications for humanitarian situations – it has life saving benefits.

Thursday 10th February  I meet with our leader on Women’s Education and Empowerment. The UK is a world leader in helping to fund education for girls around the globe. This is one of the best ways to help economies grow and also make sure that girls have opportunities. I meet the Ambassador from Ecuador, my German opposite number to discuss African issues and the Vice President of Columbia. I record an interview for Nigerian TV about the work we are doing together on Security and Defence. I am struck by how varied my work is!

Friday 11th February  My Chelmsford day includes meeting one of our companies. Global Marine is the world’s biggest providers and maintainers of undersea cables, connecting offshore wind farms to the electricity grid and caring for the vast network of cables that are key for parts of the world’s communications infrastructure.

I have an interesting discussion with an expert on further education who has been asked by Chelmsford College to look at their long term strategy. I am a big fan of Chelmsford College. Whenever I visit, I am struck by the wide range of courses that they offer and how this is helping their students to get real practical skills to help them unlock jobs and opportunities.

I meet with the local Head of HSBC bank to discuss the local economic situation. He also introduces me to a project they have been offering nationally for schools to help teach financial education. It’s full of interesting games and other resources for pupils which are all free for the participating schools. I promise to share this with Chelmsford schools to see if any of them are interested in taking part.

I receive an update from Greater Anglia that they will add some extra carriages to some of the rush hour trains from Monday. I am still very concerned about the sardine treatment that Chelmsford train users have been facing recently as they return to commuting. I write to Greater Anglia again, especially asking them to restart the "Chelmsford Starter" trains.