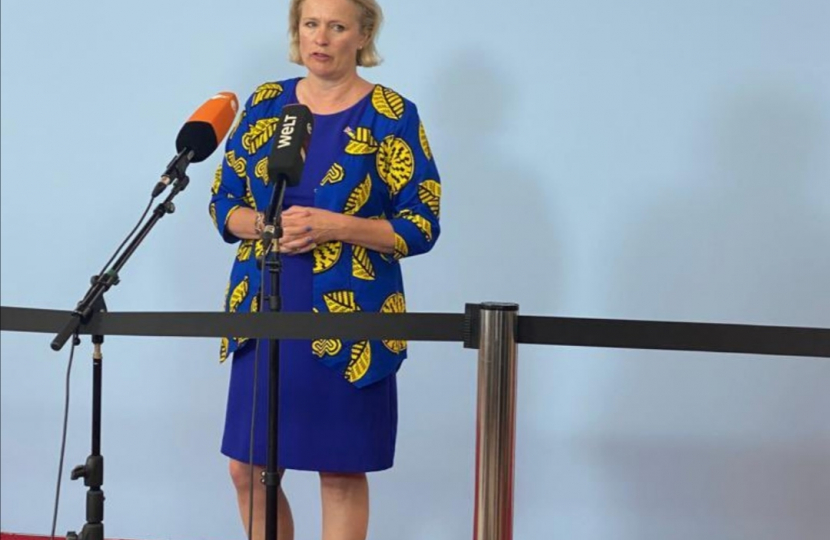 The word “marriage” conjures images of love, romance and stability.  But child marriage is all too often a million miles from that.  This week I was invited to join an event arranged by Save the Children.  In London we sat in a beautiful marquee which could easily have been the scene of a wedding breakfast.  On a big screen we were joined by Marina, a 15 year old school girl from North West Nigeria.

Madina told us about her best friend from primary school.  They were both enthusiastic learners with a shared passion that through education they would be able to make a better life for themselves and others in this incredibly violent and poverty stricken part of the country.  But, whilst Madina had the support of her family, her friends family struggled.   Madina’s friend was married at the age of 10, became pregnant at 13 and, because her body was not adult enough to cope with delivering a baby, her friend died in childbirth before she turned 14.

There was not a dry eye in the room as Madina told us her friends story.  She also told us that this had driven her to become and advocate for other girls and use every opportunity she has to speak about the importance of ending child marriage and supporting girl’s education.

Girls often face extra barriers in accessing education.  The UK is one of the biggest champions of girls education in the world.  Educating girls and empowering women is one of the best ways to help developing countries to improve their own economies and overcome poverty.   Between 2015 and 2020, the UK helped 8.1 million girls around the world to get a decent education, but covid, conflict and the impact of climate change has made accessing education for many an even more difficult challenge.  Last year, as part of our G7 leadership we encouraged other countries across the world to step up to the challenge and join a joint pledge to educate 40 million more girls by 2026 and a further 20 million more reading by the age of 10.

At the Save the Children event we were joined by representatives from many large companies.  Donations from businesses and philanthropic organisations now form over 10 percent of the funding that goes towards education in poorer countries.  The UK is investing in research projects to support these donations and make sure that money is well spent, reaching those that need it most.   During the week I also met with Ambassadors and High Commissioners from other like minded countries who prioritise support for women and girls in their foreign policy.

On Tuesday I joined the Foreign Secretary and other Ministers to answer questions from MPs on many different elements of our work overseas.  I took questions on Brazil, Columbia, Cameroon and Sri Lanka.

I also spoke about the Chevening scholarship program.  This enables over 1,000 exceptional students to come to the UK to take a masters degree each year.  The students then return to their own countries and often become leaders in their chosen field, helping their home countries to grow and develop.   Last January, before Russia invaded Ukraine 68 young people had been shortlisted for interview for a scholarship, but when the war started it was not possible to hold the interview.  I was able to announce that all 68 candidates will be offered scholarships, trebling the number of Chevening scholars we normally have from Ukraine.  Those who have decided to stay in Ukraine to help their country will be able to defer their places.   With so many challenges in so many parts of the world it was good to be able to give these students some positive news.

On Wednesday I met with the UK Charities that form the Disasters Emergency Committee to discuss the situation in the Horn of Africa.  Rains have now failed for the fourth growing season in a row.  The drought is unprecedented and many millions are facing starvation. Rising food prices due to the Russian blockade of Ukrainian wheat have made this dreadful situation even worse.  However, we know from history that if we act fast then millions of lives can be saved.   The UK has already donated over £70 million in aid to the region this year, supporting over 800,000 people.  We have also helped co-ordinate a UN round table which raised another $400 million, but more is needed.  The charities had some helpful suggestions of next steps.

Transport this week has been a huge challenge due to the train strikes, but I travelled back from London to Chelmsford on Thursday afternoon in order to hold a constituency surgery.  In the evening I joined students from Chelmsford College for their annual awards ceremony. I am a big fan of the college and every time I visit I am struck by the huge energy of so many students so keen to learn.   The young people I met on Thursday evening were deeply impressive, excelling in such a wide range of subjects, from cyber security to childcare, engineering, communications, design and forensic science.  I know they will go on to do great things.

On Friday, 24th June, I travelled to Berlin to join an international meeting on tackling Global Food Security.  There has not been a time in recent history when food security has been so challenged.  I was joined on this visit by Victoria Prentis MP, the UK’s minister for food and farming.  The UK is working hand in hand with Ukraine and other partners to find practical ways to get that vital grain out of Ukraine and into the hands of those that so desperately need it across the globe.