During this tumultuous week, I and other colleagues in the Foreign Office and Ministry of Defence have stayed in post, thus ensuring that decisions which affect our country’s safety, defence and international relationships continue.

Foreign office ministers frequently have to make decisions to protect the safety of UK citizens, especially UK citizens overseas. It is important that this work continues.

On Monday, I had various meetings in the Foreign Office, including a meeting with the Minister for Food and Farming on the work that is being done to try to get grain past the Russian blockade and out of Ukraine.  The blockade of Ukrainian grain is having a massive negative impact on food price across the word and pushing many millions of people towards starvation.  I took the last flight from Heathrow towards Strasbourg.

On Tuesday, I had back to back meetings with MEPs and EU officials to discuss the real problems that the Northern Ireland Protocol is creating in Northern Ireland.  It is undermining the Belfast (Good Friday) Agreement which was so crucial for delivering peace in the province.  I also explained our suggestions for a Red/Green Lane customs system which is a practical solution to resolve the situation.

I took the last train to Paris picking up the news that the Health Secretary and Chancellor had both resigned from Government.

Catching the first Eurostar, I got back to the House of Commons where I had the ministerial responsibility to announce the fast track measure that we have put in place to ratify the accession of Sweden and Finland to NATO.   This fast track procedure has never been used before in the UK.   NATO is key for our own security.  I then had to move the "estimates" debate which is vital to secure the UK's funding for overseas matters.

On Thursday, I again had a number of meetings in the Foreign Office, including on security matters and answered an urgent question in the Commons.

Friday was an emotional day personally attending a family funeral.   I also had a busy constituency surgery.

On Sunday, I kept my long standing commitment to travel to South Africa to continue the work that is being done on the Just Energy Transition.  De-carbonising South Africa’s energy system away from brown coal is vital if the planet is to beat climate change.  It is the test case that other parts of the world are looking to follow, if successful. 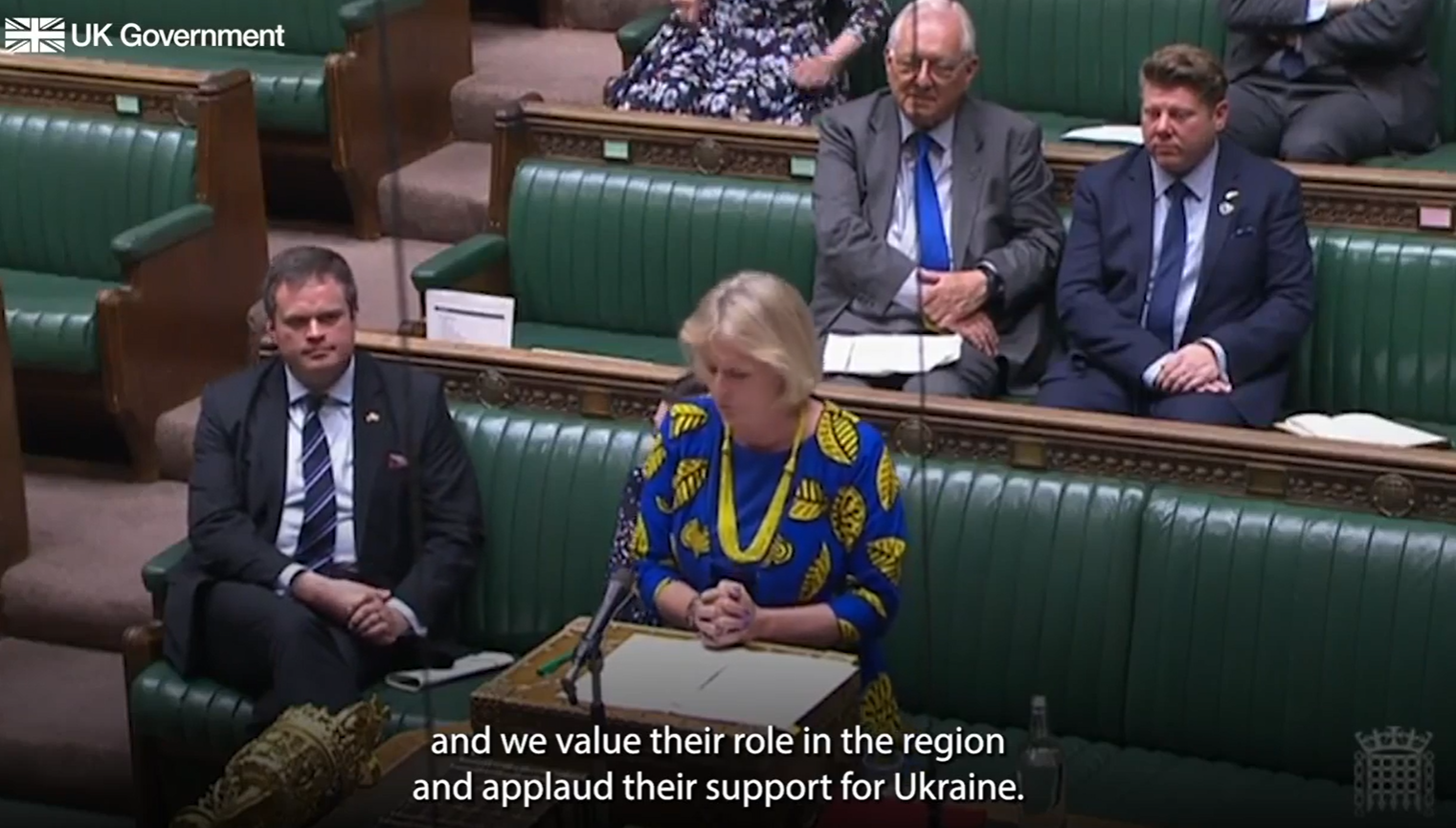 This trip keeps momentum on the commitments made at COP in Glasgow next year, and the UK’s role as host nation to ensure that the promises which were given are delivered.   I will be back in Westminster mid-week.