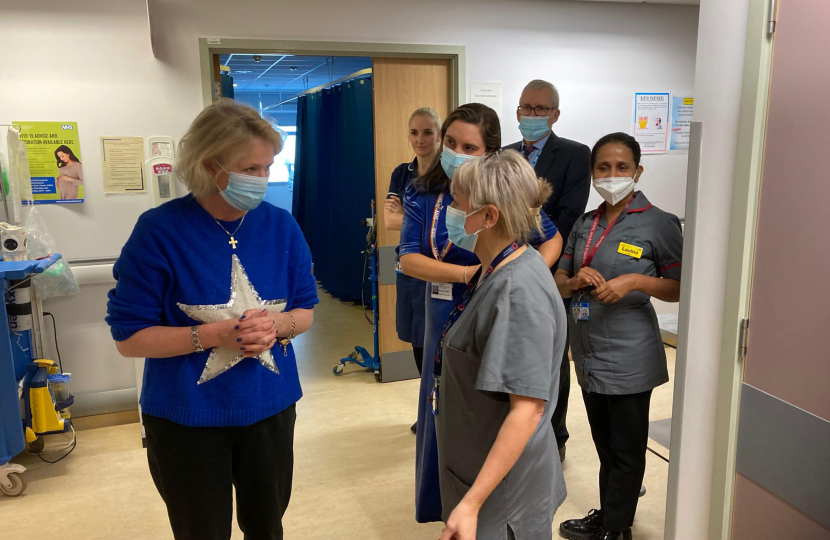 This week has seen some important legislation coming back to the chamber of the House of Commons.  The Online Safety Bill has been a long time in preparation, I have worked on it for a number of years.  Whilst the internet has brought many benefits, it has also brought many harms.  The aim of the Bill is to make one as safe online as in the real world, but legislating in such a fast-moving digital space is highly complex.

Ministers have introduced a number of amendments to the Bill, mostly to protect free speech.  Further amendments are promised when the Bill moves to the House of Lords.   I joined colleagues for a long session to discuss these and other amendments.

As MP, I have helped Chelmsford residents who have been threatened by former partners with having their intimate images shared online.  The Bill will make this illegal.  Women and girls will also be protected from controlling and coercive behaviour online.  Cyber-flashing which so many young women experience, will now become an offence.

There may be many reasons why we have an increase in eating disorders, lockdown and the fears of the pandemic are a part of it, but I do remember from my own experience of anorexia nearly 40 years ago how I had got it into my head that only by being ultra-thin could I be beautiful or valued. That is why images that glamorise self-harm, images that glamorise eating disorders, are so damaging.

It is very concerning to hear in recent surveys that more than one in four children have seen content about anorexia online.  Ministers have promised that all children will be protected from content that promotes self-harm, including eating disorders. When it comes to adults, however, I understand that Ministers may be considering an amendment to make it illegal to encourage self-harm online, but that this amendment might not cover eating disorders, because they are just considering giving adults the right to opt out of seeing such content.  I do not believe that this is sufficient protection for those suffering from anorexia and will continue to press for the definition of self-harm to include eating disorders.

We have also been debating the Financial Services and Markets Bill.  I spoke in the Chamber about the insurance sector which is very important locally. Insurers and insurance brokers based in Chelmsford are responsible for about 3,000 jobs in Chelmsford and many more Chelmsfordians commute to London to work in insurance. The entire UK insurance industry accounts for 4% of our national GDP. The sector brings in an estimated total tax contribution in the region of £16.1 billion, or 2.2% of UK Government tax receipts for 2020. To put it another way, the insurance sector’s tax paid the salaries of every single nurse in the NHS in 2020-21.

Insurance is also a very international business. Insurers and brokers based in Chelmsford have parent companies in the US, Switzerland, Japan and Australia. All have chosen to be in the UK as a centre for investment.  However increasingly we are seeing examples of insurance business being moved overseas.  In 2021 alone, the UK lost out on over $700 million of foreign investment in Insurance Linked Securities to Singapore, because its regulator is more agile and more proportionate, even though it has the same legislation.

The Bill will introduce a new secondary objective on regulators to consider international competitiveness and economic growth. This is not a call for a race to the bottom in regulation. High regulatory standards are a strength of the UK system, but regulators across the world, from Australia, Hong Kong, Japan, Malaysia, Singapore and the EU, are all required to consider international competitiveness, so we should do so, too.

I have worked with other colleagues who follow this specialist sector to propose a number of amendments to increase transparency of the decisions of regulators and make it easier to scrutinise their actions.

In Chelmsford I visited the maternity unit at Broomfield Hospital to meet midwifes, doctors and staff.   The unit is extremely busy. I was very moved to hear from two new mums about how impressed they were by the care they had received.  The vast majority of pregnancies result in happy and healthy births, but tragically some do not. I was very moved to hear from Tabitha, the Senior Specialist Bereavement Midwife about how the team support bereaved families following the tragic loss of a baby.  I was shown the new Blossom Garden, which is a quiet and tranquil space for bereaved families to visit whenever they need to. A beautiful Christmas Tree of Angels has been put up to remember lost babies.

I also visited the warm welcoming space that is open at Beaulieu Community Centre every Friday afternoon.  With the cold weather biting and many people feeling lonely it is great that these spaces are popping up across Chelmsford.

In Moulsham Lodge, I have been working with Cllr Rob Gisby to try to find a new home for the Post Office counter when the McColl’s shop shuts in January.   Thank you to everyone who took time to talk to Rob and me on Saturday when we were delivering letters to residents about this.  If you do know anyone or any business that might be interesting in taking on the counter, please do get in touch.