It was a great honour to welcome the Housing Minister, Chris Pincher MP to Beaulieu Park last month (July).  With the Government focusing on increasing housing across the country, this was an opportunity to show him what an outstanding community Beaulieu Park is.  During his visit we had the chance to speak to local residents, hear from Reverend Dan Pierce about the generosity of local people donating at the community centre and meet some of those working on the latest construction phase.

I also took the chance to reinforce to the Minister how important it is that our train station is delivered.

I recently met with Network Rail, the Department of Transport, Greater Anglia and other MPs along the Great Eastern Main Line to discuss the plans for Beaulieu Station.

Readers will recall that the funding for the station and North East Bypass was awarded last year and that it is the largest successful bid from the Housing Infrastructure Fund anywhere in the country.

It is a very exciting project. I've been told it is the first time a new station has been put on the Great Eastern Main Line in about 100 years. It will provide a major transport interchange for trains, buses and bikes as well as cars.

Crucially, the passing loop at the station will provide the ability for fast trains to overtake stopping services which will mean more trains can run on the entire Norwich to Liverpool Line and along the branch lines. For decades, there have been objections to building a second station at Chelmsford as a simple station with no passing would have slowed trains up for all those travelling into London from stations east of Chelmsford. However, because of the passing loop our new station benefits communities all along the Great Eastern Main Line. Hence why it is now supported by representatives of communities all along the mainline.

While much of the work to build the station itself can happen without disturbing train services, I am sure you can understand that large amounts of the track work can only take place when trains are not running.

The first design stages of the work are now completed and over the next few months a procurement and governance stage will take place before launching a public consultation later this year or early next year. This is needed to get the formal "Transport Works Order" which is needed to move into final design and procurement. Provided there is public support and no massive objections, which could lead to a public enquiry, then the actual building will start in late 2022/or early 2023.

I've been told that in other projects when they have tried to short-cut these parts of the design, procurement and consultation, it has ended up delaying the final delivery of the project.

Much work has gone into planning the detailed scheduling of the construction. Because of the need for some of the engineering works  to take place over bank holidays and some weekends I am told it should be possible to complete the final build by the end 2025. It would be possible to move this earlier but this would require replacement bus services from Witham to Ingatestone for very lengthy periods and would not shorten the construction by many months.

I would love to see this project completed sooner, but having been taken through the complexity I do understand why it is so challenging to deliver it faster. So, our station is on track, it will take a long time to complete, but I will keep fighting to get it as soon as we possibly can.

In the meantime, do consider dropping into the virtual village hall exhibition that shows the proposals for the Chelmsford North East Bypass and Beaulieu Station. You can find out more here www.essex.gov.uk/chelmsford-north-east-bypass 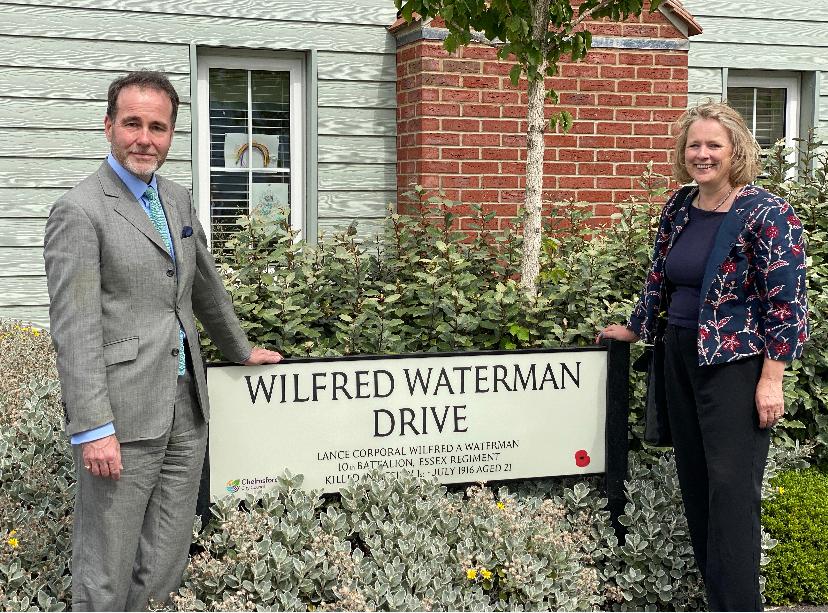 As ever, do stay in touch and if you need my assistance, please email me on vicky.ford.mp@parliament.uk.

This page is currently being updated December 2020