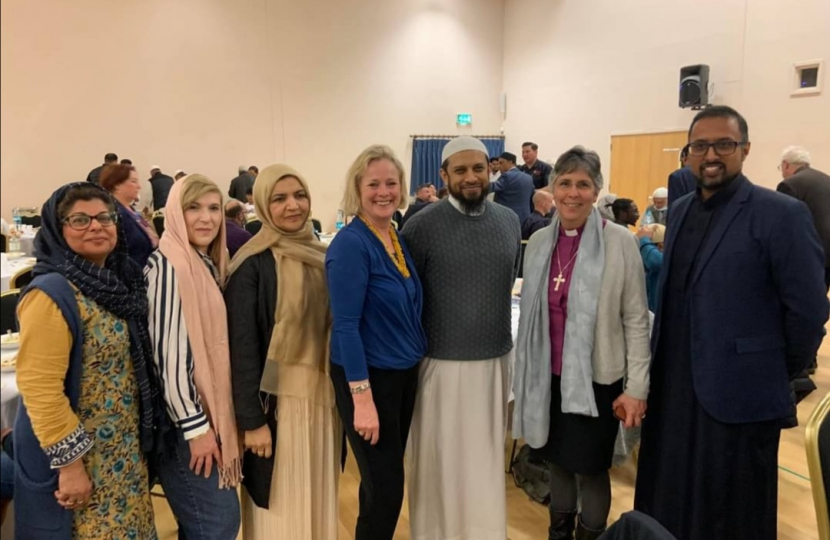 It is all set for a very busy week in Westminster as we near the end of the Parliamentary Session.   Each session of Parliament begins with the State Opening, when Her Majesty delivers the Queen’s Speech, setting out what her Government will deliver in the months ahead.   The Queen’s Speech usually happens once a year in May or June and the next Speech is due on May 10th.    After the Speech the Government then starts proposing Bills to Parliament in order to deliver on the promises that have been laid out in the Speech.

Getting a Bill through Parliament is a complicated process.  It involved debates in both the House of Commons and the House of Lords and a Committee period when a smaller group of parliamentarians scrutinise the Bill in detail.  Amendments can be proposed in both the Lords and the Commons, and need to be voted on in both chambers.   Towards the end of the process amendments are sent backwards and forwards between the Commons and the Lords, which is fondly known as “ping pong”.   If a Bill does not complete its process in both Houses before the end of the Session then the whole process can be sent back to the beginning.   We have a lot of Bills that need to be completed this week, and so many votes are needed.

MPs work very late in the House of Commons on Monday 25 and Tuesday 26 , until finally all businesses is completed late in the evening on Wednesday 27 April.

Bills that are passed include the Police, Crime and Sentencing Bill which introduced stronger prison sentences for the most violent crimes and the Nationality and Border Bill which fulfils a manifesto commitment to strengthen our borders.   There are also a lot of private members bills which complete the process, including one that fixes the minimum age for marriage at 18 years old.  This is extremely important to prevent child marriage.

During the week I also answered questions in the House of Commons in my role as minister for Africa, Latin America and the Caribbean.   I am asked a flurry of questions about Rwanda, following the recent announcement of a migration partnership between the UK and Rwanda.   It is one of the top countries in the world for economic growth and for women’s equality.  Their health service has vaccinated a greater proportion of the population against Covid than any other country, bar one and when it comes to tackling organised crime, Rwanda outperforms the UK.   There are concerns about political and media freedoms, but the country is also respected for its treatment of migrants and the United Nations has itself been re-locating migrants to Rwanda.   I also answered questions about the Prime Ministers recent trip to India, which unlocked new investments helping to create around 11,000 jobs in the UK.

On line, I visited a camp for displaced people in Somalia, unfortunately the high rate of terrorism in the country means that I could not visit in person.  I heard from a mother how the lack of rain for the past four growing seasons has left her family with no ability to grow food and no livestock.  She had walked for 17 days to reach the camp, carrying her 18 month old child on her back and with her other eight children following her.  It is a truly dreadful situation.  If the world does not act, it is likely that 350,000 children will lose their lives.    I take part in a global funding conference and pledge another £25 million which will help up to a million people to access food and water.

We held an Economic Development Forum with Nigerian politicians and business leaders and a very uplifting event for Technology companies.   The Tech sector in Nigeria is growing very rapidly and many of the successful companies are using digital platforms to stimulate development and help solve social issues.   Unlocking investment between UK and Nigerian companies is also helping to unlock jobs and opportunities in Britain as well as Nigeria.  I joined an event with the President of Guyana who was in London to encourage more investment from UK businesses into Guyana and other Caribbean countries.

I spent Friday 29th April in Chelmsford, starting the day by visiting the prison.   Readers may remember that the prison received a very critical inspection report last summer.  I was pleased to hear that rates of violence have declined, as have assaults against prison officers.  There are also fewer incidents of drugs “throw-overs” above the prison walls as new windows have been put in place which make it much more difficult for inmates to retrieve packages.   New CCTV cameras that have been introduced which are helping to better protect the prison perimeter.

After a constituency surgery, I take Councillor Lee Scott from Essex County council to visit some of the pavements, potholes and traffic hot-spots around Chelmsford.   We discuss improvements that are needed to road and pavements near and old peoples home in Chelmer village, and visit Centenary Way in Beaulieu where a five year old child recently had a very concerning accident.

I stop off at the County Cricket Ground to watch the final hour of play.  It has been a difficult time for Essex County Cricket and many of the existing board members will be stepping down at the next Annual General Meeting.   The club will be looking for new board members especially for people who bring knowledge of legal and financial issues as well as a love of cricket!  If you are interested please do follow the club’s website for more news in following weeks.

The Slug and Lettuce bar in central Chelmsford has just had a major refurbishment.  The manager shows me the new look, and customers tell me how much they are enjoying an evening out and how safe they feel in the bar.

My week ends at sunset when I attend a breaking fast event held by the Chelmsford Muslim Society.   The event is also attended by the Bishop of Chelmsford and many representatives of different organisations from across Chelmsford.

It is a very moving and friendly evening and I would like to thank the members of the community for being so welcoming and for all they do to support others.